FM8 has long been one of the staple synths included in Native Instruments' Komplete plugins bundle. This multifaceted synth is responsible for sounds ranging from the pristine and glassy to the dirty and rough, and is capable of a great deal of movement and evolution in its sonic output (just check out our presets demo for proof). We hope this tutorial will serve as an introduction to a music making tool we never want to do without!

How Does FM Synthesis Work'

FM8 is named after Frequency Modulation (FM) synthesis, a technique developed by electronic composer John Chowning in the late 60s. FM synthesis is quite similar to ring modulation, which is actually a modulation of a signal's amplitude: an extremely fast tremolo. FM involves changing the frequency, or pitch, of an oscillator - usually a sine wave oscillator - using the output of another oscillator - again, usually a sine wave oscillator. This means that the output of the first oscillator contours up and down in pitch, like a police siren. The shape of the contour is a sine wave. The oscillator which is controlling the contour is referred to as the 'modulator', whilst the oscillator we are actually listening to is called the 'carrier'.

If we slowly increase the modulator's frequency, our 'siren' gets faster and faster until it reaches about 5Hz: five full contours up and down per second. Increasing the frequency further, the siren's pitch stabilises at the mid point between the highest and lowest ends of the contour, and its timbre begins to change instead. The modulator frequency is now in the audible range (> 20Hz), and the carrier's timbre has changed because sidebands are now audible. These are a result of the carrier signal being shaped by the modulator: one period (a single peak and trough) of the modulator oscillator now takes place within one period of the carrier wave, and so the carrier waveform no longer looks like a sine at all, but rather a mix of sines with different frequencies.

So what do all of FM8's display and interface pages actually do' Looking at the 'Navigator' section on the left, we can see that there are 7 main tabs, with a bunch of additional buttons attached to the 'Expert' tab. Each of these tabs reveals a different way of interacting with the synth. First, the 'Browser' tab lets us search for presets and add downloaded preset banks. Next, the 'Attributes' tab is where we can set or edit descriptors for our presets, meaning that we can later browse through them and filter using the descriptors. The 'Master' tab gives us access to some global parameters, including level, polyphony, unison voicing (for mimicking double-tracked parts), tuning and MIDI control routing. The 'Effects' tab is where you can set FM8's built-in effects, through which the output bus is routed.

A particular piece of FM8 brilliance lies under the 'Arpeggiator' tab: FM8's arpeggiator has all the controls you really need to make decent arpeggiated sounds, which are so often lacking in other synths. The 'Easy/ Morph' tab provides some really clever controls for manipulating FM8's huge number of internal parameters en masse: the timbre controls and envelope do the job of tens of clicks in the Modulation Matrix. It also includes the 'Morph' box, which is where you can smoothly transition between different presets. Dragging presets from the browsers into the mini Morph box at the top of FM8 lets you create a versatile performance control, and have access to all of the implied settings between the different presets you've loaded.

Finally, the 'Expert' tab contains an overview of FM8's oscillators, noise generator/ saturation module, filters and, of course, the Modulation Matrix, which we'll discuss in the next article. Those buttons beneath the 'Expert' tab let us dig into the detail in an FM8 preset: all internal envelopes, LFO/ MIDI modulation routing, amplitude key scaling, global pitch and individual oscillators can be accessed here.

So, now you know what all those shinny dials, sliders and buttons do, you can move onto some of our more advanced tutorials:

Check out our FM8 presets range as well to kick-start your FM Matrix experiments. 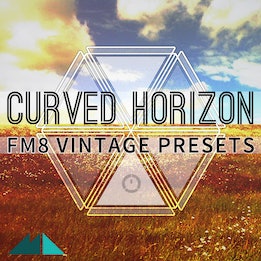 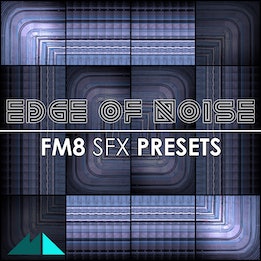 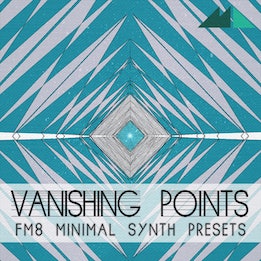