R&B is changing every day, with every new song that emerges and the West Coast is definitely a huge part of the charge. To commemorate, capture and make available what is truly on the horizon, ModeAudio have released Afterglow, a new sample pack filled with loops, MIDI, drum samples and even full project sessions featuring grooves, beats and sounds meant to shepherd you forward in to the future age of R&B. Does it actually get you there? Let’s find out!

It’s always strange to me, hearing newer, more polished synth patches and drums, being triggered by a well worn MIDI loop. This is the curious thing about AfterGlow. Everything feels polished, and yet because of the laziness in the beats and sequences, the overall feel still comes across as more human and broken-in. Included project files in the Ableton version of the Pack that I downloaded are expertly labeled, including BPM. The files range in BPM from 78 all the way up to 138. Each project file will serve you well as a starting point for some great, original, new material… just with ModeAudio’s beats.

Everything is expertly broken down, separated and labeled in all the Ableton sessions I loaded up. ModeAudio went to the trouble of running some effects, like compressors, within applicable tracks. These are great examples for new producers, as you can disable the settings, tweak them and really gain a better understanding of something that stumps a lot of people at first and is widely misused by beginners - that being compression. ModeAudio gives you a working example you can spend time with.

While the session loops are great and make up elements of arrangement, I would say that I could use some more good ol, 8-16 bar drum loops. Granted, this really isn’t that kind of animal. However, what is great are the drums that have been included. There are plenty of kicks, snares, claps, and more that you can use to beef up existing kits, or to create new ones from.

I thought it was hugely clever and cool that tail samples are included for all of the applicable, included instrument loops. This is great for film editors, song editors and DJs alike, as you can create clean exits in the audio, at the end of a song, mix, music video, or documentary.

Regardless of what isn’t there, the basses, the synths, the drums (all of which are broken down in to many tracks) have that sound that is going on with artists like Kendrick Lamar, Solange, and even some of the new Jay-Z stuff, with 4:44.

Afterglow is a fun sample pack filled with many great starter songs, great processing examples for beginners and some amazing drum samples that beginner and pro alike will enjoy. Producers in video and sound will love this pack for its attention to detail and loyalty to the sound that it’s trying to emulate. If I needed something in 2020 that would help me to sound like 2017, this would definitely allow me to replicate that year. I mean, this year! Happy jammin, Replicant!

Pros: Powerful sample pack that comes in REX, Wave, Reason Refill, Ableton and many other formats. Nails the future RnB sound that is going on in the radio currently. Lots of cool drums and examples. 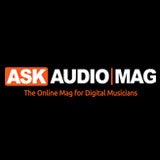 "A powerful sample pack that nails the future R&B sound"