In an industry that continues to grow exponentially, ModeAudio are one of the new kids on the block. With so many sample and patch vendors popping up in what already feels like a saturated market place, it's often hard to keep up with  or interested in  the latest wares from fresh labels. 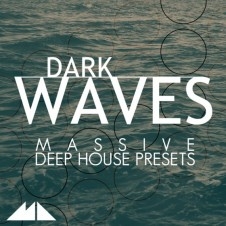 A general lack of quality has also contributed to my apathy; half-baked concepts coupled with average sound design are all too common among so many new labels. But not so with ModeAudio, who first caught my attention with their truly unique and inspiring Dust Road collection of Massive presets. Here was a pack that took one of the most ubiquitous tools of our time and turned it on its head, creating something akin to a long-forgotten analogue gem, producing presets laden with complex character.

Their newest offering is Dark Waves, a collection of 50 Massive presets designed for the kind of deep and moody vibes you'd associate with the likes of Crosstown Rebels, Ellum Audio or newer Hot Creations releases. Made up of bass, chords, synths, pads, percussion and FX  plus 50 MIDI loops covering the same selection  it's a pretty comprehensive one-stop shop.

Synths lead the way with 13 presets, most of which run the line between metallic and plastic rather than warm and organic. The Tectonic' preset instantly brings to mind the opening of Hot Natured's 'Benediction'. The synths are possibly a little derivative, but what they lack in originality they more than make up for in usability; you could happily base a track around one of these synth sounds.

The bass patches  there's 10 of them  are strong, offering up plenty of variety and packed with clever macros that let you work basslines into the mix or automate the sounds themselves to get interesting and evolving basslines. With so many house tracks currently focused around mix-hogging bass, these presets are more than up to the task.

The chords are probably the strongest sounds here. Mining Detroit for inspiration, there's plenty of atmospheric dub action with a futuristic flavour (think Ida Engberg's 'Silhouette Of A Ghost'). Again, the macros take the sounds to the next level with all manner of filter and noise routings to keep things interesting.

The bundled MIDI loops for all of the patches are named to match specific presets, which serve as a nice starting point for demoing sounds. Again, they tend to lack originality slightly, but there are a few cool chord parts and bouncing basslines in particular. However, key-labelling would have been a useful addition for less experienced musicians.

Overall, Dark Waves is a competent collection of patches that does a decent job of reflecting the sound of contemporary deep house. Although it might not be quite as innovative as Dust Road, it's clear that the ModeAudio guys are highly talented sound designers, which sets them apart from the chasing pack. 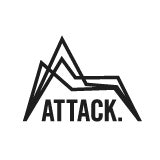 "There's plenty of atmospheric dub action with a futuristic flavour"