ModeAudio recently released a killer set of chilled out sounds for NI Massive called Fibre Optics. Today we dig into them and let you know what we think!

Whether you produce ambient, chill out, downtempo, minimal or even hip-hop music, you will want to check out the Fibre Optics preset pack for NI Massive from Mode Audio. From the very first patch we were impressed with the perfectly curated aesthetic that runs throughout this set of sounds. Perhaps a tad heavy on the white noise in places, we decided to crack open a few of the presets inside of NI Massive to do a touch of customizing for our demo track. And once we started twisting knobs, we found very little reason to actually deviate from the original programming in most cases.

Fibre Optics features pads, drones, textures and chord patches that, although all share a similar vibe in general, are all more than capable of being used in a fairly wide range of music. Rich in character and that true-to-life analog flavor that so many producers are seeking out these days, each one of these presets is able to stand on its own. That said, we found it quite easy to blend and layer them in some pretty creative ways while putting them through the test here in the Lab.

As usual, the crew at ModeAudio included some nice MIDI clips that you can use to jumpstart your own productions, or to simply get a good idea of what the sounds are capable of before diving in head first. We chose not to use any of them for the demo, as we tend to stray from the path most commonly traveled in these reviews and had a fairly good idea of where we wanted to take these patches. Lucky for us, the Fibre Optics set was up to the challenge.

The instruments and SFX in the Fibre Optics collection are surprisingly flexible in many ways and we wanted to capture some of that in the demo for this review, so we decided to take a two-part approach to the arrangement to show off the drones and textures, as well as the more melodically inclined options. All of the sounds you hear in the track below are from the Fiber Optics preset pack, except for one bass synth we designed and some basic drums. And besides a touch of delay on one SFX, there is no processing of any kind used. It's not mixed or mastered, so what you hear here is exactly what you can expect to found when you use them yourself.

Here is what you get with the Fibre Optics collection: 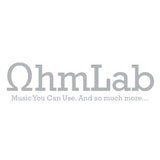