ModeAudio recently released a set of sounds called Fracture - Drum & Percussion Samples and we were lucky enough to get the chance to take it for a spin. We let you know what we think in today's review!

Percussion transformed! That might as well be the name of this stellar new collection of sounds from the ModeAudio crew. The Fracture set is full of expertly processed samples of various types and can add instant impact and interest to your music. From subtle to downright nasty, this collection has a nice range of textures and harmonics that all combine to become bigger than the sum of it's parts. Which brings us to the ups and downs of this review.

The upside of this pack of sounds is that each sample was obviously crafted with grooves and dynamics in mind. As per their usual, Mode Audio kicks down over 200 sonically charged sounds in Fracture - Drum & Percussion Samples that will have you smiling from the first to the last. Although each sound was designed to work with its counterparts, the amount of frequency conflict quickly adds up in this set. Stemming from a lot of low-end presence in most of the sounds, muddiness is something you will want to stave off proactively with a little EQ work. That said, once you clean things up these sounds really shine!

To be clear, the fact that they chose to leave the entire frequency range intact in the large majority of the Fracture - Drum & Percussion Samples gives you the option to use them however you like. So, if you want to exploit the low-end presence of high-end elements, like hi-hats or rim FX, then you most certainly can. But if you want to use them in a more traditional sense, we suggest loading up the EQ before you even begin arranging so you get a better sense of how they all interact in your project.

We decided to do a rather syncopated demo this time around to help show off each sound a little better individually in the arrangement and chose not to use any other sounds to avoid distraction. As usual, we have not processed these sounds in any way (except for rolling off some of that low-end we mentioned earlier) for the sake of transparency. No effects, mixing or mastering is present. So what you hear is what you can truly expect when you begin using these sounds yourself. Of course, we always put the sounds we review through a battery of tests here in the Lab and each of the Fracture - Drum & Percussion Samples faired just fine. In fact, we had a lot of fun transforming many of these percussive sounds into playable instruments and other creative resampling endeavours.

The big standout feature of the Fracture - Drum & Percussion Samples collection is the amount of texture and character in each sound. We loved how much grit and noise we found through compression. And how much movement they captured in such percussive sounds. For those of you who have been producing for a while, you know that it is often times these subtle differences that really bring your music to life. It's not just the analog gear used during the processing, but rather an understanding of what types of sounds have the biggest impact in today's music. That means that these sounds do not need to be loud to be heard. They cut through the mix in a number of ways and that's what makes them so nice to work with.

All things considered, we most definitely recommend the Fracture - Drum & Percussion Samples collection to anyone looking to add impact and character to their beats and grooves. We say beats and grooves, because many of these sounds are quite at home outside of a drum beat. Use them to add subtle embellishments, spice up your transitions or just help gel the groove in general. Another great release from the crew over at ModeAudio. 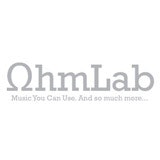