Today we take a look at a collection of killer presets for NI Massive called Future Trap from ModeAudio. Yet another impressive release from a company that has been tearing up the sound design scene lately!

As much as Trap music has infiltrated and influenced many forms of popular music in recent years, we have not reviewed many sound packs that meet the high standards we have come to expect from the ModeAudio team. It was no surprise to us when we started flipping through the sounds in the Future Trap collection for NI Massive that every sound was really entertaining and unique. Every sound is full-programmed with the modern producer in mind, with 8 custom macro controls that bring added flexibility and control to your fingertips.

We took some liberties with this review and the demo that was made while exploring the sounds in an effort to digger deeper into the actual programming of the synth patches themselves. Rather than re-work anything that was already in place, we took the approach of minor manipulations and adjustments. Adding a minimal effect here, a dash of saturation there and maybe just a touch of vibrato for extra character and movement in a few places. We were very happy to see that the sounds in the Future Trap collection welcomed further tweaking. This is not something we can honestly say about many preset packs we get our hands on here in the lab. So once again, ModeAudio is understanding their customers and the music that they are designing for.

One thing that stood out to us was the fact that ModeAudio has started to bring a bit more continuity to the preset packs, especially for NI Massive. You will find that many of the sounds in the Future Trap set share similar macro parameters, so you can feel more comfortable and familiar with the controls from sound-to-sound. Another refreshing experience was the sound design itself. With plenty of attention to detail, each preset is both useful and individually unique, with an experimental flair that allows the sounds to shine through a mix quite easily. Sure, there are some familiar sounds in the pack, but they also have their own special set of characteristics that you aren't going to find elsewhere.

The bonus MIDI files included in the Future Trap collection for NI Massive are really great! Another thing that we cannot honestly say about a lot of the other preset packs we have tested in the past. Often times, the MIDI files we find in these types of collections are kinda weak sauce. It's nice to know that the people assembling these are not just capable, but actually understand the music and how to show off certain types of sounds in a mix.

This demo track is just a short exploration into a couple types of fusion that we felt inspired to dabble in upon hearing the first few sounds in the Future Trap collection, with an emphasis on separation between sounds so you can still get a good idea of what you can expect when you begin playing with these sounds yourself. As usual, no processing, mastering or other enhancements have been used, so you can hear a fair and honest representation of the sounds as you will find them when you load them up. Everything you hear in the demo track is from the preset pack except the kick, snare and cymbals.

[Listen to the demo on the original review page here]

Grab this pack! The Future Trap preset collection for NI Massive from ModeAudio is OhmLab approved! 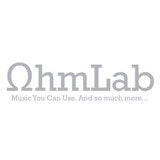 "Each preset is both useful and individually unique - Ohm Lab approved!"