Grid Racer  is a new sample pack from ModeAudio that captures the vibe of those ’80s guilty pleasures. Think TV shows like Knight Rider, Airwolf and even now with Stranger Things — neon-lit synth power ballads — this is the mood that ‘Grid Racer’ capably captures. Producers who are looking at the melodic side of synthcore electronica should take a peek at this nostalgic-led slice of analogue and digital synth magic.

While the pack focuses on synths and toplines, there’s also a capable one-shot drum sample section, allowing users to create their own beats and similarly a decent MIDI  le section to get you up and going.

The pack may have a limited appeal in the grand scheme of things but to those producers looking to get in on the ‘80s-esque electronic tip, it’s a no-brainer, especially at this price. 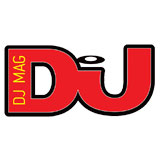 "To those producers looking to get in on the '80s-esque electronic tip, it’s a no-brainer"