*The following is an extract of the full mini-review that appeared in Computer Music's September 2015 print issue.

It's not often you hear Massive approached in such a wilfully retro frame of mind, but Heatwave is a delight because of it, evoking 80s soundtracks and classic synthpop. There's a shrewdly worked-up level of complexity to the patches that capitalises on the modernism and power of the synth itself: macros are thoughtfully assigned, modulation is plentiful, and effects are fully exploited. Artful. 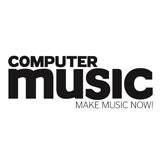 "There's a level of complexity that capitalises on the power of Massive itself. Artful"