ModeAudio has been steadily building up a good reputation in terms of their sample libraries, with their latest pack focusing on the groove. Bulb - Analog Drum Samples is an assembly of drum sounds curated from a sought-after collection of classic analogue drum machines.

The sounds in the pack are versatile and can be used across multiple genres. This isn’t a pack that’s focused on just one area of dance music and as a result, the samples can easily be applied to house, hip-hop through to techno. The theme of the pack is about delivering those crunchy gritty sounds that are commonplace in the analogue realm. The spread of sounds cover deep, dirty kicks, crunched-up snares and tight vintage-tinged percussion samples.

There’s a distinct flavour to the sounds in the pack that really do shout analogue. The pack is in WAV format and also comes with dedicated kits for Logic, Reason and Ableton specifically. Each option also offers five channel strip patches as well as offering up presets so that users can tweak the drum beats as they see fit. 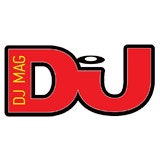