To dive into the haze of cinematic soundscapes, ModeAudio offers Friction, a powerful 2 GB sample package that can be used preferably for moves, games and tv soundtracks. There are Atmospheres (55), Basses (43), Sound Effects (33), Textures (35) and Rhythmic Samples (35) to discover. The length of the samples vari- es from four seconds to almost 3 minutes. The spectrum of atmospheres, from delicate to harsh, is versatile. The percussive-rhythmic elements, are crunchy, rough, and sometimes distorted. Metallic, edgy, discordant and gloomy sound effects flourish. The bass would be well suited in the film for the background of underwater scenes, thunderous nights or terrifying environments.

There‘s not enough here to soundtrack the next Hollywood blockbuster, but Friction provides a solid foundation that lends itself to scoring gritty smaller film projects, as well as sound design collages. 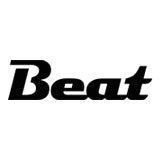