Thirty years ago, an iconic movie peered into the future to see  us, looking back, flaunting digital representations of analog dreams. Yes, it is no coincidence that in the very same year we became the future that was Back to the Future: Part II, ModeAudio released their 80s Synthwave tribute Neon Dream  Massive Retro Presets.

ModeAudio is our mad scientist and Neon Dream is our DeLorean. Loosen up your arpeggiators, widen out your bass, and warm up your reverb plates because ModeAudio's Neon Dream will awaken (or rekindle) your passion for 80s synths.

Great attention to detail has gone into Neon Dream, in order to blur the line between analog and digital synthesis. This is important because, despite our 80s synth romanticism, many synthesizers built during the 1980s were noisy, lacked warmth (they were mainly digital), or lacked efficient interfaces. Native Instruments Massive truly shines as a hybrid model in Neon Dream, as it showcases huge stereo width, deep rich bass, and intuitive control utilizing the eight macro controls. It is 2015 looking back to 1985; we acknowledge the beauty and imagination you showed us in your CZ's and DX's, but we need more: more body, more depth, more control! Neon Dream is our DeLorean.

The first thing to remember whenever considering a ModeAudio product is to read between the lines. What are they not saying directly? As much as this pack is focused on emulating 80s synths, it also serves a wider range of genres such as ambient, electro, or soundtrack (you would need only this pack to write the entire soundtrack to Drive II). Also, don't get overly fixated on the preset categories, as I found that some of the lead patches are great for pads, chords that make great leads, pads pulsating as bass patches. ModeAudio is only pointing you in the right direction, you need to take the reins and let your inspiration guide you.

The pad presets are some of my favorite in the entire pack. They are huge in terms of stereo width, coupled with dense reverb and trailing delays. Most of them have great subtle movement (which can be adjusted using a macro control) which drifts in and out. Detuning is used to incredible effect as these patches approach a dark, brooding, sci-fi dystopia that would shake even Deckard. Many of them respond well to sustained notes, exposing a subtle evolution of timbre and texture; others change drastically in response to staccato playing. Don't forget to try them out as leads and basses, as well as arpeggiated sequences.

If the pads are a dark foggy ocean of synthscape, the synth leads are a glowing beacon trailing a way to safety. Neon Dream's leads are an up-front, focused, sugary buzzing idealization of what a neon light would sound like if you plugged it into an amplifier. These patches are the most versatile, easily fitting as bass or pad, but they work best as the melodic center of a track. What is great about all of the presets in this sound bank is how well they fit together. With minimum amounts of EQ (only working with what Massive has built-in), I was able to blend the bass, pad and lead sounds and give them their respective space.

The basses deserve some special attention, as ModeAudio has been able to inject serious amounts of retro into these patches. Overall, the bass presets are wide and dirty, but not just distorted. They sound truly vintage and organic, as if they have a bad power converter or are plugged into a noisy outlet. Trust me when I say that this goes a long way towards making the bass patches feel authentic, without the actual electrical hum that would be present. Using the macros, you can alter the sound drastically. You can go from ultra wide retro bass to down the center modern sounds and control the density of harmonics from glittering bright to muted dark. You can add in varying amounts of pitch or stereo modulation and movement. ModeAudio has gone to great lengths to offer a wide range of controls over these bass patches, in order to breath life into a sound over the course of a track.

The synth chords can be a little tricky if you approach them with full range chords, as many of the presets utilize various methods of offsetting by seven (or so) semitones. This is perfect for some simple (yet effective) two-note chords, or even triads. If you had your heart set on full Baroque-style playing, just switch off the semitone offset (remember to check the voice tab if you can't find it in the oscillator section) and compose. These patches are both a nice complement and a great contrast to the pad patches, as they are not quite as brooding or scape-like, but walk the line between the up-front leads and the wide thick pads.

The arp synth patches have some nice arpeggiator sequences built-in, that respond equally well to both sustained notes and staccato playing. For some real insanity, try running an arpeggiated line (using MIDI) through some of these patches in order to get some inspirational randomness, or just an atonal mess. The timbres are great for adding a sparkly tinge to the edges of your track. Try playing an arp patch in a higher octave with some bass cut out, in order to hear how well it will blend with a track that is already rich in bass, pads and lead.

If Neon Dream included only the aforementioned patches, it would still be worth every penny. ModeAudio, not to be outdone, has added some extra sparkles to their already blindingly gaudy (and I mean that in the best way possible) 80s revival celebration.

What pack would be complete without some sound effects? The best thing about these particular SFX patches is that you can easily customize them to nearly any track. Since Massive presets are small files, I will often duplicate the SFX patches and pool them all together into one folder. For Neon Dream, you get a small but usable collection of SFX, offering transitional effects for smoothing out rough edges, or some that you may even side-chain and add as part of the overall atmosphere.

Here I am covering both the patches and the included samples. The drum patches are an excellent opportunity to explore some slightly different areas of sound design. If you are not familiar with creating drum sounds using synthesis, this is a good opportunity to get under the hood and do some learning! The patches included in Neon Dream are providing an excellent starting point, with plenty of room to add your own flavor in Massive, or later in the DAW or an audio editor. I highly recommend that you make copies of the patches in a new folder and experiment!

I am always a huge proponent of including MIDI loops in soundware products and this sound bank is no exception. Having these MIDI clips can be a great way to demo the various patches in Neon Dream, however they can also work as a potential starting point for your own creation. Drastically change the tempo of a MIDI sequence, or employ some more experimental scripts for changing the MIDI information and you might be pleasantly surprised with the results. Of course, you can always get old fashioned and just edit the sequences by hand. Whether you want to demo or inspire, don't neglect the MIDI loops!

Neon Dream by ModeAudio is a must buy for anyone who owns NI Massive. The attention to detail in emulating that 80s sound is inspiring, the versatility of the patches is larger than just a retro vibe. Do you need analog style drifting and depth? Go to the synth pads. Do you want to arpeggiate a bass patch into a Moroder like utopia? Go to the bass sounds. Have you ever wanted to use a neon light as a butter knife? Check out the lead patches! These sounds can find a place in retro spiced music (be that house, trap, experimental, electro or soundtrack), or in pretty much any contemporary dance floor killing track.

ModeAudio gives plenty of immediate control over the sounds. At the same time, their patches are simple enough that you can tweak them to your liking without drastically altering their base sound. While Massive has been around a long time and the 80s ended thirty years ago, I think that Neon Dream can bring them both back into the center. If you own Massive and dream of electric sheep, you need to buy Neon Dream by ModeAudio. 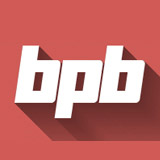