10 Tips I Wish I Knew When I Started Making Music

Music production can have a pretty steep learning curve, especially when considering what is required to make the switch from beginner to released artist. As with all disciplines, skill, patience and practice are key - but taking on helpful pointers from those more experience can be a valuable part of the process too!

With this in mind, today I'd like to present you with 10 tips I wish I'd know when I first started out in the music production game. I hope they'll help you on the journey towards making better music, whether you've just started or are halfway down the road already. Let's tuck in! 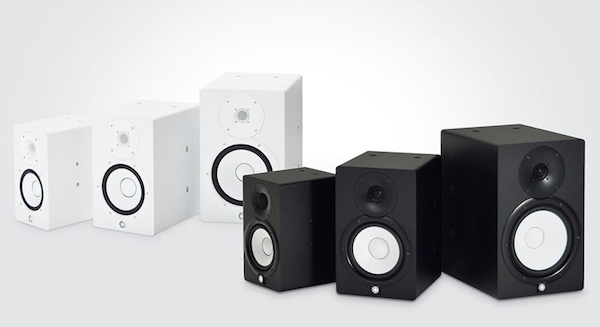 Obviously, when you first start out all you really need is a decent pair of headphones to listen to your first efforts. However, I really can't stress enough the importance of getting a decent pair of monitors before you start presenting your music to the outside world!

I spent years just using cheap computer speakers when I first started out, managing to get things sounding relatively good but I was always left wondering why my tracks sounded god-awful when played on any other soundsystem.

This is due to different speakers presenting different frequency responses, so in order to conquer all in one, you need speakers that will present as clean and as balanced a sound as possible. This will negate the relative difference in less neutral systems.

Pursuing this doesn't need to break the bank - Yamaha's excellent HS series can be purchased for around $200 a speaker or less, for example - so do yourself a huge favour and avoid setting yourself back years like I did! 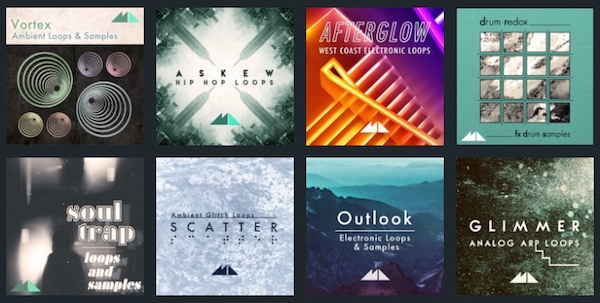 This may seem a bit biased coming from us, but I'm totally serious when I say this is an important step in upping your production game. Again, I waited years before investing in a good set of sounds, just making do with any free samples I could find online, which were invariably subpar when compared to my favourite electronic music.

To give a specific example, my drums always lacked oomph and it was only when I bought my first sample pack that I really kicked things into gear. Sample packs can also be a great way to gain an understanding of a particular genre of music, as often things are broken down by instrument type.

You can play with the various building blocks and piece a track together like a jigsaw puzzle, instead of starting with a completely blank canvas which can be a very daunting experience. Of course, great sounds doesn't always equal great music, but it's a much better starting point than having a library of rubbish audio! 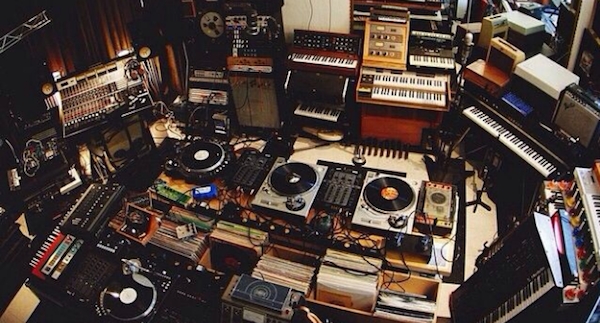 Take it from me - you don't need loads of expensive equipment to make great music and in fact, in most cases having more stuff will actually become a hindrance. The abundance of potential can stifle creativity, as you get distracted by exploring yet another possibility within your music.

You're much better off having a core range of tools that you really know inside-out - and you should absolutely aim to become the Jimi Hendrix of those devices! Along your music production journey you'll meet people who obsess about gear and plugins, but have very little to show for it.

4. Play To Your Strengths'And Work On Your Weaknesses

If you're like me, then you probably came to electronic music production after years of keyboard or piano lessons, which you were never particularly interested in. I stored the old keyboard away while I dove headfirst into the DAW, only to realise later that my dexterity on the keys would come in very handy no matter what style I was making.

The same applies to guitarists, singers, or even non-musicians - there is always some existing skill or strength you can bring to the table that will aid your development as a producer.

At the same time, you should be keenly aware of your weaknesses and always strive to work on them, sharpening yourself as a 'production tool' as you go.

I am particularly bad at keeping my files and arrangements orderly, which may seem innocuous but I now know that discipline is one of the most important characteristics a successful and prolific artist should strive to exhibit. 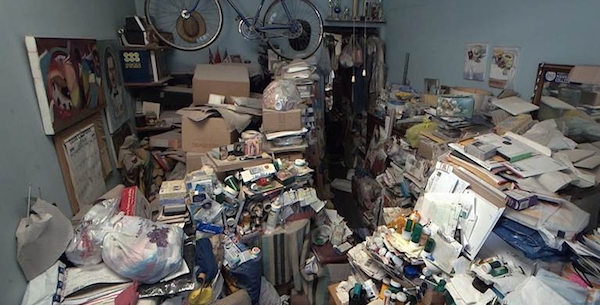 5. Less Is More - Don't Overload Your Track With Ideas

When you first start making tunes, they almost certainly won't be world beaters straight from the get-go and will feel desperately lacking in comparison to your favourite music. I fell into the trap of believing that the reason for this was that my tracks lacked ideas, proceeding to pile ever more melody, harmony and rhythm into my productions.

Well, guess what - despite adding as much as I could to my music, there was still something missing. The truth is, all you really need is one strong idea for a track to work, and (in my humble opinion) the best music makes great use of a very limited number of musical ideas.

Looking back, what my tracks mostly lacked was sonic balance - the levels between the elements were all wrong and the parts that were supposed to cut through were not emphatic enough.

So, when you feel like you have a good idea but the track is still lacking, think about tweaks you can make to things like volume, EQ and structuring first, before firing another synth into your session.

6. If You're Unsure About An Element, Get Rid Of It!

Every element in your track should be there for a reason - choosing an element and removing it should make the track feel incomplete. Part of music production is trusting your intuition, which will be telling you constantly 'this is wrong' or 'this is right'.

As with the point above, the temptation to add things in to simply fill in the gaps in your music can be strong, however it's vital to make a distinction between something that the track needs and something you're putting in for the sake of it.

If you're not 100% sure something is necessary, remove it or work on it until you are sure - you'll only grow to resent it if you leave it in. 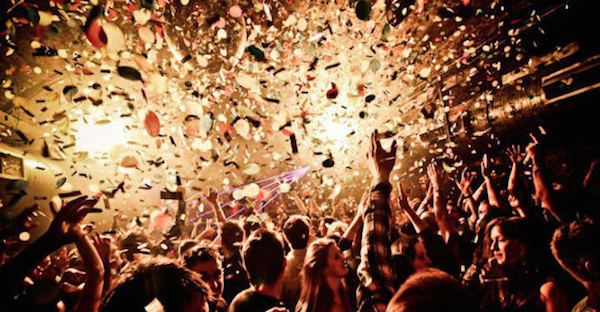 7. Who and Where Is Your Music For?

Think about where and in what context your music might be heard. If you're making House music for example, then ultimately you'd imagine your track being played to numerous people in a club, at a very loud volume. Furthermore, you'll want to make those people dance!

So, you should keep these things in mind while you produce - does the mix translate well to a loud system? Is the rhythm section powerful enough to make your listeners move? Is the track long enough for a DJ to work with and mix into another track?

These questions will be entirely determined by how you answer the point above, and having strong answers for them in turn will help you to make better production decisions.

Whenever I used to sit down in front of my DAW (Fruityloops, at the time), I always had the goal of making a complete track. This meant that if I didn't, I felt like I had failed somehow.

I'm not sure why I thought like this, but it's the way I operated for a long time. Inevitably, this led to me rushing things, throwing ideas together that didn't fully work and generally being careless with the craft. I also used to get frequently overwhelmed as the task just seemed unsurmountable a lot of the time.

In hindsight, if I'd approached production as I would any other sort of problem-solving task, by breaking it down into smaller pieces, I would have felt a lot better and actually would have achieved a lot more in the process.

Anytime you feel yourself getting lost or overwhelmed with a production, I strongly advise getting back to basics and just focusing on one task in great detail, which should help to bring things back into perspective.

9. Take Time To Get To Know Your DAW

Tutorials can be boring, it's just a fact. When was the last time you read a manual? That said, I wish I had done exactly this when first starting out.

Now, I'm not suggesting you need to go and learn the complete ins and outs of your software before even starting but having a good grounding in the foundational operations will serve you well as you progress from beginner to intermediate.

I've lost count of the number of times a friend has shown me a project in the same DAW that I use, resulting in me saying 'I had no idea this software could do that!'. Getting to know your DAW inside out and being able to move quickly around within it will make you a production monster, guaranteed.

Confucius say don't panic! When you start comparing your tracks to those of your favourite producers, you may find yourself getting disheartened pretty quickly. They will seem impossibly good and sometimes you may wonder if you will ever make something that even comes close.

Well, relax.  More than likely, it took years if not decades for your favourite producers to get to the level they're now at and there will have been a time when they had the same thoughts as you (and some probably still do).

Just focus on having fun with it and try to constantly improve - obviously your end goal is probably to release your tracks upon the world in some form, but in music production as in life, it's the journey that's important!

The Basics Of Studio Acoustic Treatment 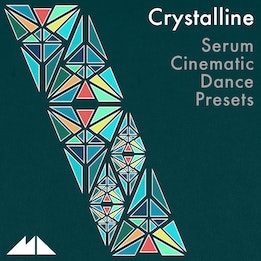 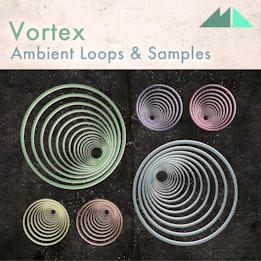 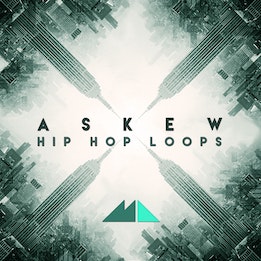