It's been a while since my last addition to the Quick Tips series, so I'd like to take the opportunity to tell you about something I've really been getting in to recently: depth mixing. Everyone knows about stereo mixing, where you use the pan controls to position sounds across the stage from left to right, but depth mixing is just as important and, if your production will be heard in mono, even more important!

Left-right stereo relies on the physical distance between two speakers to create a space to fill with sounds. Depth mixing, on the other hand, uses a couple of effects processes to simulate, and place sounds into, space from front (foreground) to back (background). You can even automate these effects so that a sound appears to move towards the listener, or recede into the distance. Best of all, this effect works just as well on a single speaker, so is great for dramatising a mix intended for radio playback where you can't be sure that the mix will be heard in stereo.

So what happens when a sound is in the distance' Well, obviously, it's quieter. More interestingly, though, it's also somewhat muffled - less clear and crisp than it would be if it was right in front of you. The way to simulate this is by using some EQ and filtering. Tone down the high end, above 5kHz, say, with a shelf EQ. Reduce the highs by 3-9dB, depending on how far back you want to move the sound - less high end equates to further away. If you want the sound to be really far away, you can low-pass filter the entire sound, too. This works best if you set the cut-off frequency quite high, above 7-8kHz, so that the shelf EQ is still sculpting the remaining sound.

Finally, a distant sound will also have some reverberation. The control you need to pay attention to here is the Wet/Dry mix. A higher proportion of wet, reverberant sound means that the brain will hear the sound as further away. If you're going for quite extreme depth, make sure that the Room Size parameter is set to be large enough, otherwise you'll be simulating a long corridor with your sound source placed a long way down the corridor! If you can, also turn down the 'Reflections' level and bring up the 'Diffuse' level a touch for more distance. And there you have it - a set of controls for placing sounds all the way from the foreground to the background!

1. Turn down the track volume by a few decibels.

2. Damp the high end above 5kHz with a high-shelf EQ.

3. Roll off the very top end with a low-pass filter around 8kHz.

4. Add some reverberation with a large Room Size and lots of Diffuse sound mixed in.

5. Adjust the Wet/Dry mix to increase the distance.

The best thing about depth mixing, as I have described it here, is that you can alter these parameters to smoothly move a sound from the distance to the front of the mix or vice versa (but don't automate the Room Size as this might click). Doing this lets you bring a whole other dimension of tension into the build before a drop... 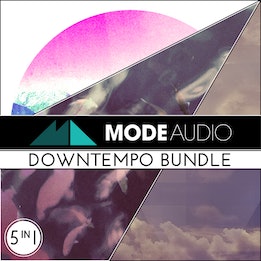 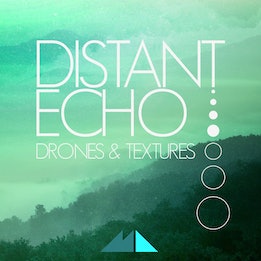