We recently began developing preset libraries for the excellent Xfer Records Serum soft synth and I must admit, I've completely fallen in love with this beast of a synthesis engine!

Whilst it's probably better known for creating razor-edged leads for EDM, the synth's architecture is more than versatile enough to extend to deep pads, drifting textures, bottomless bass and far beyond.

Today, I want to pick apart just a select few of the patches included in our Mesosphere - Serum Ambient Presets pack, to show you just how quick, easy and fun it is to get a slice of evolving sonic atmosphere going inside your DAW.

I'm going to use Logic Pro X in my demonstration but you can of course use any DAW you wish to apply the same ideas.

You'll also have the chance to download free Serum presets used in my tutorial below, so keep your eyes peeled!

Of course, you can choose to build all your patches from the ground up but the aim of my game here is to show you how quickly you can get a track rolling that is very satisfying indeed, using nothing but your synth and some of our presets.

The key to any efficient production workflow is knowing roughly what you're after in terms of final result, breaking it down into sections or tracks, then setting about creating each in turn. I want to create a lush, evolving soundscape that I could also throw a Dance beat under and when it comes to ambience, I always think in terms of spectrum.

What this means is I really want to end up with a pretty full spectrum overall (i.e. sound energy spread fairly consistently from the lows right up to high frequencies), so I can neatly split things up into low, mid and high frequency bands.

Starting In The Middle

I'll start in the middle, just to get things moving - my thoughts immediately turn to drones and pads, given the territory, so let's have a quick listen through to some of the patches in Mesosphere.

After having a brief jam around with different presets and chords with my MIDI keyboard, I've settled on a sound and harmonic structure I'm feeling inspired by - here's how it sounds:

This patch is called 'DRONE Rippling' and gives me some nice, gradual movement across 8 bars at 120 Bpm. It's based around slow, LFO modulation of a low pass filter cutoff, as well as stereo panning and Serum's all-important wavetable position or 'WT Pos' dial. 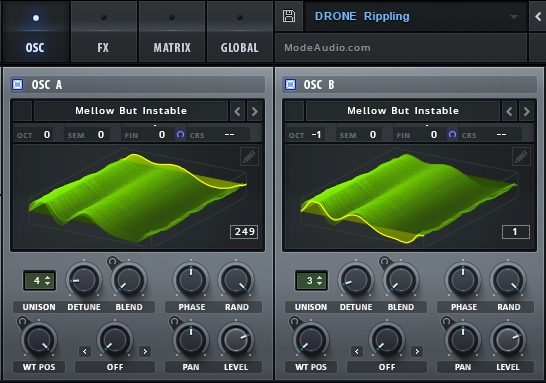 This dial scans through the loaded wavetable, or short sample, lending the resulting sound different spectral and timbral characteristics depending on which point in the wavetable it is being read from. By setting an LFO to drift through the wavetable, and then modulating the LFO's frequency itself, gives you smooth yet unpredictable transitions.

The chord I've chosen to trigger this patch is actually rich in fairly low to low mid energy, but I like it so much I'm going to run with it anyway. This will lend my final sound added low-end depth and weight regardless.

Down In The Lows

Next, let's fully fill out that bottom end with a sub or bass patch - I've found 3 root notes that work with the 'BA Bellows' patch as well as my chord sound, which wasn't hard as this bass preset sounds truly gigantic! Here it is:

This sound is very sub-heavy, which is exactly what I'm aiming for - any more mid to upper harmonics and I risk muddying my chord sound, as well as whatever else I want to place on top. In my experience, the key to satisfying Ambient production is fewer, relatively distinct layers that are nonetheless very rich in tonality and movement. 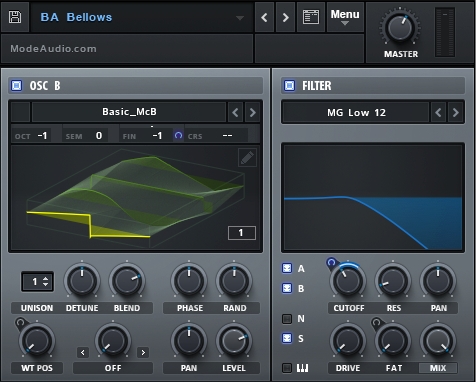 So in other words, this deep, low pass filtered bass preset will work a treat! It's also a benefit that there's not too much movement in this sound, as again it will help to emphasise the movement in the chord patch and other upper layers.

Reach For The Highs

Now let's move on to adding some high frequency shimmer - the patch 'PAD Stratonimbus' has a lovely sweeping, lilting quality that really shines when triggered with just 3 notes. Here it is in action:

You can hear the classic frequency sweeping action of a flanger effect in there, as well as careful use of sampled white noise to add some of that sandy, sifting texture to proceedings.

This patch works especially well with the chord preset I started out with precisely because it possesses a bolder, complementary texture, which is very important when considering the overall balance I mentioned earlier. 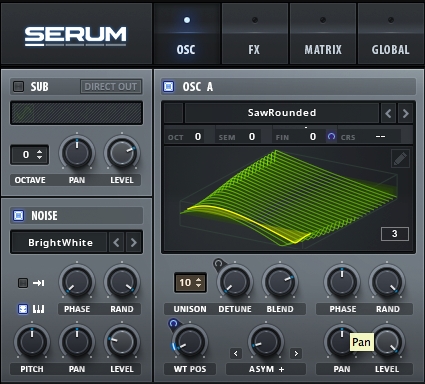 Again, LFO modulation of a low pass filter cutoff as well as also a high pass filter this time, brings a gentle, constant transformation to the sound, which also pairs very well with the modulations in the chord preset. Combined, these two sounds are really all I need to create the evolving effect I want:

Adding the bass sound in is irresistible however, plus I'm really keen to hear how adding a thumping groove under all of this will sound. Onwards and upwards!

As a final pinch of texture, I'm bringing in a loop from our Scatter - Glitch Loops & Samples release, 'Cinch_93_Noise', which contains a really nice, subtle rhythm. As all our loops are formatted appropriately, this sound will stretch to my tempo of 120 Bpm - I also want to pitch it up a bit to take it further into the high frequency region, which I can do simply by entering a semitone transposition in the 'Region' box in Logic Pro X. 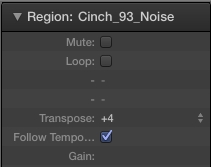 I'm also adding some stereo movement into the sound by adding Logic's native Tremolo audio unit to the channel strip. By dialling in a very slow rate of 0.11Hz, I end up with a slow auto-pan effect rather than all-out tremolo.

Added to everything else, here's how my track is shaping up:

So far, so lush! How will a banging Dance beat effect things I wonder' I've programmed in an incredibly simple but effective Techno-style rhythm using some of our drum samples and run the kick into some sidechain compression units to give me some pump on my Serum tracks. Here's the result:

Pretty deep, right'! I love the marriage of lush, hypnotic synths with a fat, propulsive beat, it makes you want to move and fall into a trance at the same time!

I hope you've found the above production discussion useful and you can see how adding some atmospheric Serum presets could work to add depth and texture to your music.

The great benefit of working with soft synths and presets above all others, is that you can easily make profound changes to the sound with only a few tweaks to the interface - so as ever, good luck and get creative! 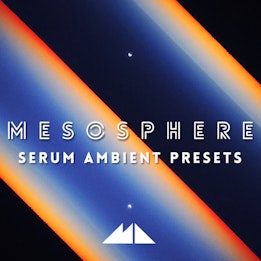 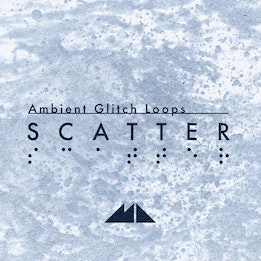 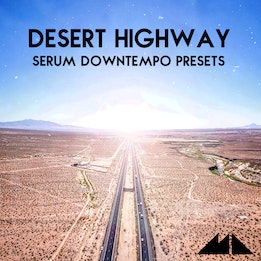 Serum Downtempo Presets
$16.69
Claim the musical riches waiting for you at the end of the road with 60 Presets for Serum!
View Pack
Play Demo 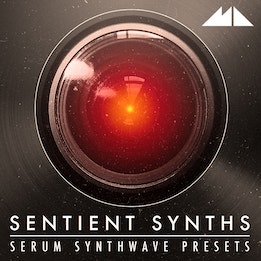 Serum Synthwave Presets
$16.69
60 deliciously analog-inspired Synth Presets for Xfer Serum - be careful, this release has a mind of its own!
View Pack
Play Demo
Download 800MB of free sounds!