Home Magazine DAWs: Which Is For You?

We here at ModeAudio absolutely love all things music tech, especially the basis of the vast majority of electronic music setups, the Digital Audio Workstation (DAW for short, in case you didn't know). As you are probably well aware, DAWs come in all shapes and sizes, and it has become something of a challenge in itself just figuring out what the differences between them all are. Barely a day goes by where we don't  see someone asking which is the right one for them and, with the benefit of having sampled a great deal of software in our time, we thought we'd throw some useful pointers to all those scratching their heads.

The choice between DAWs is, in a word, crucial and may well turn out to have a profound effect on how you make your music (it certainly has for us, anyhow). Beyond variances in the immediate technical possibilities and limitations afforded by the different DAWs, each has its own special way of organising and communicating between the different elements of a digital music project. These deep-rooted organisational and communicative structures are what give DAWs their power, as well as what will make certain examples make sense to you and others less so.

Just before we begin, a small caveat - there's absolutely nothing to stop you from using every and all DAWs simultaneously when making music. However, in our experience we find a certain piece of software tends to naturally lend itself to our working style and thus it becomes more of a staple of our setup than others. The following discussion therefore assumes you're more or less trying to pin down the DAW that will become your go-to piece of music-making gear.

Each To Their Own

The very first thing to note in your journey to production freedom is that there is simply no 'one size fits all' solution here. This is precisely why the biggest names in music use every kind of software under the sun, rather than all clustering at the feet of one all-mighty, all-powerful piece of kit. It's also why we optimise our content in the form of Reason Refills, FL Studio packs, Ableton Live packs and more.

Secondly, if you take one thing away from this article let it be this: test, test and test again. Never take someone's word for it, even if they're a pro - always try the demo out, you really don't know how you'll feel about using a particular piece of software till you try it for yourself.

Whilst you are testing all the various DAWs out, the best help you can give yourself in deciding which will be your permanent solution is by exploring a series of important questions; let's take a look at the most fundamental in turn.

a. How familiar are you with music production software'

The learning curve of music making and editing software is notoriously long and steep. However, different DAWs have different target audiences and thus some are simply easier to operate than others. The big point to raise here is the inevitable trade off between ease of use and convenience, with functionality and versatility.

So, we have software like Apple's Garageband versus its far more feature-laden big brother Logic, a comparison a little similar to the differences between a bike with stabilisers and a Harley. Garageband is unquestionably easier and quicker to use and some features are shared with Logic (such as the loop browser containing a selection of Apple Loops), though it will allow you to do far less in the long-run. 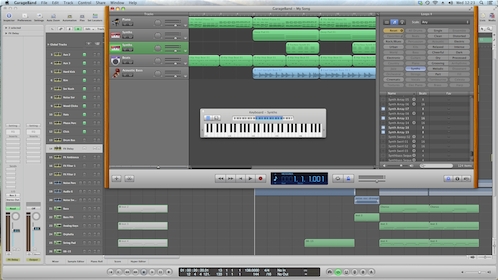 It is very common in the learning process for producers to begin with one piece of software and move on to the next as their needs develop, with Reason and Fruity Loops being typical beginners' choices back in the day. These DAWs have long since grown up, though both still retain many easy-to-grasp features from the old days (for example, Reason's basic but industrious REDRUM sequencer fills us with warm memories and still comes packaged with the very latest release).

Certain pieces of software lend themselves very well to loop programming, Ableton Live being one of the leaders in our opinion. It comes with a fully fledged clip view (as opposed to the traditional arrangement view, similar to a written musical score), which turns your music into lego pieces that you can trigger at the click of a play button. 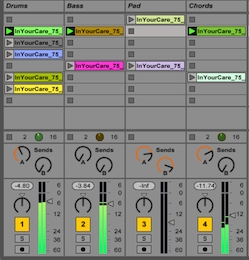 FL Studio is also greatly suited to this method of production, with its pattern mixer allowing you to step-sequence loops in a top-down arrangement. You can then paint these patterns out into a classic arrangement view to build up the various sections of your track.

If you prefer to be meticulous from the very outset, tweaking automation till you have the perfect curve before you've even got to the chorus, software such as Logic or Cubase may be more up your street. These DAWs make a priority of their arrangement view, offering tools specifically designed for minute tinkering and tailoring.

c. How do you think about signal flow and the structure of music'

In our experience, we've found it is paramount to pick a piece of software that reflects how we imagine and conceive the layout of music, in terms of both musical structure and signal flow.

What we mean by this is best illustrated with examples: if you come from a hardware background or think about the connections between musical parts and their processors in physical terms, Propellerhead's Reason will probably suit you very well. This software is entirely constructed around the concept of the 'rack' or mountable hardware unit, the sort of thing you're used to seeing in pictures of analog recording studios. This means that in order to layer up the parts in a song, add effects, route sound in a particular way - in short, to do anything with your music - you need to make sure the cables are connected in the right way. 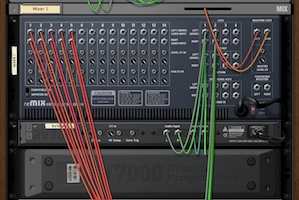 This allows you to get really hands-on with the routing and signal flow of the devices you are using, in a way that software like Logic makes much more difficult to achieve.

However, if you think of things in more of a macroscopic way i.e. your focus is on the bigger picture, then perhaps you'd prefer to have routings and cables largely tucked away and hidden from view. Traditionally laid-out software like Pro Tools, Logic, FL Studio, Cubase, Reaper etc will likely better suit this way of musical thinking.

d. What are the essential production ingredients of the music you want to make'

If you're making electronic music (and we hope you are) then you probably want lots of good synths and effects pre-packaged with your software. It is difficult to say who is the out-and-out winner in this regard, though Logic is very well-known for its excellent and extensive suite of native plugins and, particularly, synths. 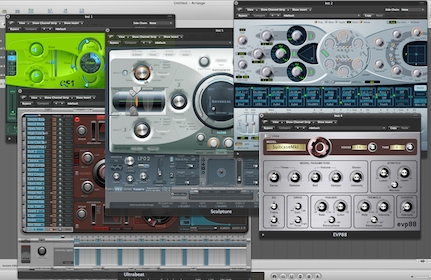 Again, testing and comparing against your wishlist of features is vital in answering this question; is a solid but simple compressor, EQ and reverb all you require' FL Studio could be your solution. Do you need a pre-packaged selection of versatile soft synths to use with your MIDI keyboard' Logic and Reason are your friends. Do you want to build your own effects as well as take advantage of a number of less common, pre-made units' Check out Ableton Live (along with its Max for Live extension software).

As an additional point, if you're going to be recording lots of audio into your DAW rather than working with soft synths then Pro Tools is hands-down the industry standard. Its abilities regarding pitch and time correction are pretty much second to none, though that's not to say the others aren't catching up. Ableton makes a number of interesting granular time-compression algorithms available for audio manipulation and Logic X has added a versatile flex pitch function to its already celebrated flex time feature.

Don't just listen to us! Fire up your browser, download some demos and get testing. The solution to the riddle of which DAW is right for you lies in your answers to the questions we've laid out above - good luck and godspeed!

Check out our complete set of Production Tips articles here.

Making Loops Your Own In Live: Spectral Resonator

10 Tips To Get The Most Out Of Your Mixdown