There's something endlessly alluring about the low-end in Deep House music' It's not the crazy, bass-led techno-wizardry of Dubstep going on down there, nor is it the (more or less) pure bass of the 808 that underpins so many bass lines from Hip Hop and Trap to Jungle and Funky. No, it's just a simple, warm, rounded sort of bass that locks in perfectly with the groove and effortlessly supports everything that's going on in the rest of the tune.

I'm going to take you through the steps to get to that kind of sound. Nothing flashy, nothing complicated - but with nothing that can be left out, either. By the end, you're going to have a solid, seriously usable bass sound that you'll find yourself reaching for over and over. You can download the patch and the MIDI loop used at the end of this article.

To get something smooth, you generally want to dial up a sine wave of some sort. Massive has a wavetable that tracks from a sine wave to a square wave when you turn the Wt-Position knob. Get that set up on Osc 1, with the Wt-Position all the way down. Sine waves sound lovely, but you need to be careful using them on their own for your basses: when the notes are frequencies below the lowest that your listeners' speakers can reproduce, your bass line will disappear instantly. The way to fix this, and to liven the basic sine up a bit, is to add in some other sine waves. My favourite way to do this is to use the Ring Modulator.

If you send the Ring Mod to Osc 1, you'll hear it thicken up a bit. We want to change the Mod Osc frequency to get our sine more interesting, though. Tune the Mod Osc down -12.00 semitones. Now, we've got it producing sidebands relative to our carrier frequency (the note that Osc 1 is playing). These are an octave down and an octave above - so now, people with small speakers will hear the sine an octave up, and those with monster subs can enjoy the sub bass we've cooked up with just a couple of clicks.

Invite a Square to the Party

So now we've got unison chord of sines going for our bass, let's dirty it up a bit. Select the same wavetable for Osc 2 as we used for Osc 1, but this time, turn the Wt-Position up a little: now we've got some square wave mixed in, but it sounds a bit buzzy. So tune this oscillator down an octave (-12.00). All of a sudden, we've got some real grunt and bass weight going on, but we've lost the smoothness we had before. How to strike a balance between the two'

To get rid of the square wave's brightness whilst keeping its grit, let's whack it through a low-pass filter. Set Filter 1 to Lowpass 4: this has a steep cut off, unlike Lowpass 2 which attenuates the higher frequencies less. More to the point, it sounds funkier, especially with a bit of Resonance dialled up. I like to move the Cutoff knob around until I can hear the resonance boosting an interesting frequency a bit - in the picture, it's tuned to about the 5th harmonic, which is a major third relative to our fundamental frequency, and sounds more interesting than a plain old octave harmonic as a result.

There's one last thing we can do to make this basic bass sound a bit sweeter: shape the attack. I'm not going to touch Env 4, the overall amplitude envelope by default, but rather I'm going to assign Env 3 to Filter 1's Cutoff, with a little bit of range to work on. Now, the attack part of this envelope is making the filter open a bit over time when a note starts. This gives us that characteristic 'rounded' quality that really works in a Deep House bass line. Make the attack a bit longer here to make it more rounded. I assigned this to a Macro in the preset so you can manipulate it whilst you're playing.

One last trick, which I find really neat, is to use the Oscillator Phase function under the Osc tab in the centre of Massive's interface. Playing around with this can sometimes yield subtle changes that just make the sound nicer. Here, I found that offsetting Osc 1's phase (making the sine wave oscillate slightly out of time with Osc 2 and the Mod Osc) helps to scoop out some honky character and add yet a bit more beautiful depth.

That's it! A bit of noise added in, maybe detune the oscillators by a few cents, tweak the main amplitude envelope a little' It all helps to add a bit more character. But you can see from what we've done here that a little goes a long way in Deep House! 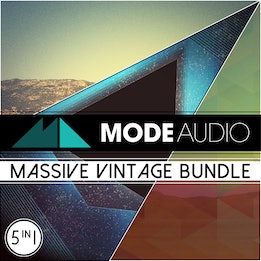 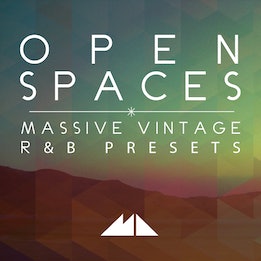 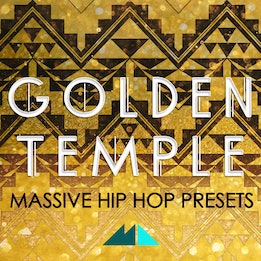 The glittering future of Hip Hop has arrived with these 50 cybernetic Presets!
Play Demo
View Pack 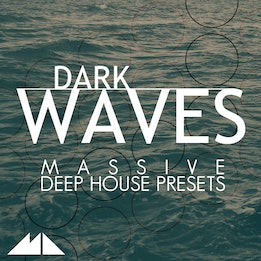 Sink with these 50 Presets and 50 MIDI Files to the dark heart of your music!
Play Demo
View Pack
Download 800MB of free sounds!