Home Magazine In Praise Of Cross-Pollination

Today I want to talk about something that I consider to be the secret to the success of many a great artist or band - musical cross-pollination.

The sharing and exchange of ideas and knowledge is what gives birth to all art and culture in general and of course, music is no different.

It can be tempting and even comforting to think of our favourite musicians as geniuses working in their own respective vacuums, completely immune to outside influence and following their own paths exclusively.

If we analyse any given piece of music however, from the loftiest piece of Classical composition to the most mundane Pop song, we quickly begin to identify elements from the art that has preceded it.

I don’t mean to say that no musician can have an original take on their own creative output, simply that any piece of music is part of a long and storied dialogue, involving a great many other artists and cultures throughout history.

So, today I want to point you in the direction of a few examples of musical cross-pollination at its finest, in the hope that you too can begin to learn its value and seek it out to inform your own productions.

Indeed, there are a great many examples to choose from - as we’re primarily focused on electronic styles with our royalty-free sound packs, as well as in this magazine, this loose area is where I’m going to pluck mine from. Let’s tuck in!

Ok so my first choice isn’t strictly from the world of electronic music - though there are electric keys and sounds quite probably sourced from a TR-808 used for the bass - but it’s a great example of a genre being taken by a group and shown in a totally different light.

The band in question are Canadian quartet Badbadnotgood, whose music has consistently sailed in the intersection between Jazz and Hip Hop, and the genre is Trap.

Trap is one of those genres which is just so indelibly tied to the technology that is used to create it - try to describe Trap to your friends without using the phrases “machine-gun hi hats” and “808 bass” and you’ll see exactly what I mean - so the idea of performing what is ostensibly a Trap tune with acoustic instruments sounds like a particularly doomed one.

Listen to the track though and the spirit of early Trap quickly comes shining through - the spooky keys, the sense of space, the tight drumming and, of course, that booming, bellowing bass!

Now, Trap purists will be quick to point out that this isn’t really a Trap production, when all’s said and done - and that’s precisely the point. Here’s an extremely talented, forward-thinking Jazz quartet, taking inspiration from a popular subset of Hip Hop and doing something different with it.

For me, the results are incredibly exciting and invigorating and just what I mean when I talk about successful musical cross-pollination!

UNKLE - Rabbit In Your Headlights

Next we have one of the seminal tracks of my late teens - UNKLE’s collaboration with Radiohead’s Thom Yorke, ‘Rabbit In Your Headlights’. Not only is this just an excellent piece of music, it contains layers of cross-pollination that continue to inspire me to this day.

Firstly, we have the personnel involved - at the time, UNKLE consisted of founding member James Lavelle and Hip Hop production legend DJ Shadow, who then drafted in Thom Yorke to provide the track’s vocals.

This trailblazing merger of two Hip Hop minds with one of the leading voices in Alternative Rock paved the way for similarly eclectic collaborations between genres up to the present day, but for me still remains one of the most musically successful.

The track’s sample-heavy production and Yorke’s late-night crooning makes for an especially compelling fusion, full of atmosphere and mystique that neither Hip Hop nor Alternative Rock is particularly adept at.

Take a closer look at the samples used and a whole other layer of cross-pollination is revealed - the jazzy piano chords heard at the track’s opening and throughout are taken from Psychadelic Prog outfit Supersister’s epic, genre-mashing ‘Pudding En Gisteren’, whilst the airy drum groove is lifted from Post Rock pioneers Talk Talk’s beautiful ‘New Grass’.

We’ve all heard the story of Hip Hop’s birth thanks to heavy use of Funk and Soul sampling but this track takes things to new ground, blending wildly disparate musical contexts into a wonderfully murky sonic mosaic.

Again, Hip Hop purists will point out that ‘Rabbit In Your Headlights’ is not really a Hip Hop tune - it’s certainly got more in common with Bristol’s Trip Hop bands but as before, it’s this strange blend of influences that makes it such a memorable and affecting track.

Sampling is of course a pretty pure expression of musical cross-pollination - as with the botanical definition, we have the direct lifting of material from one location and the placing of it somewhere new.

This doesn’t guarantee success - the skill is in selecting the right samples for the track and using them in an appropriate way.

Now, I have literally thousands of examples at my disposal when thinking of successful examples of Hip Hop sampling but I’m going to choose one from my all-time favourite Hip Hop producer, Madlib.

The reason I’m choosing a track from one Otis Jackson Jr. is precisely because of the pure eclecticism of his sampling choices - just take a look at the titles of some of the entries in his Beat Konducta record series and you quickly get the picture: ‘Movie Scenes’, ‘In Africa’ and ‘In India’.

This guy samples from everywhere - not only that, he makes it work; he makes great music from it.

It was when watching an interview he gave inside the vaults of French national radio’s vinyl archive that this fact truly hit home for me - at one point, Madlib gets really excited when he comes across a Can record, muttering “this is one of my favourite groups”.

I couldn’t believe it - a true legend of Hip Hop, hailing from sunny California, naming German experimental Krautrock band Can as one of his favourites. Cross-pollination in a nutshell!

Even choosing Madlib’s music as a broad candidate for demonstrating successful cross-pollination doesn’t narrow things down much - he practically defines prolific - so, I’ve decided just to go with one of my very favourite productions by him, ‘Accordion’. 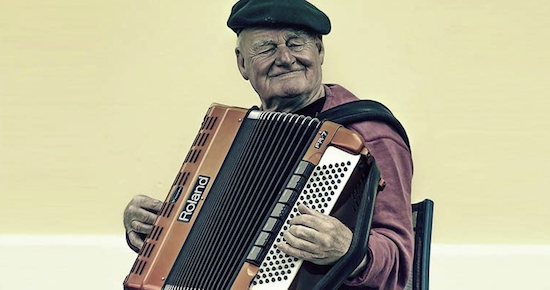 On the surface this is a typical Hip Hop beat, with thumping drums, a taught bassline and masterful lyrics from MF Doom - the main melodic riff however, sampled from an accordion performance by label-mate Daedelus, should sound completely bizarre in this context, given its close association with European folk music.

Madlib makes it sound effortless here, bringing together the slick rhythmic punch of Hip Hop and the soft wheeze of folksy accordion chords with considerable charm.

I hope you’ve enjoyed my tour through a few quick examples of what I consider to be successful musical cross-pollination. They demonstrate the power of blending ideas from across the genre and cultural spectrum, something that I think all our productions could benefit from if applied with a careful hand.

Till next time, listen to something from outside your comfort zone and get inspired!

A Quick Guide To Making Your House Beat Chunkier 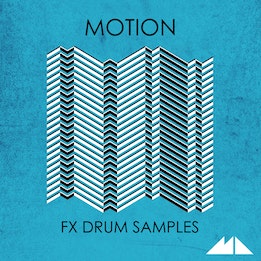 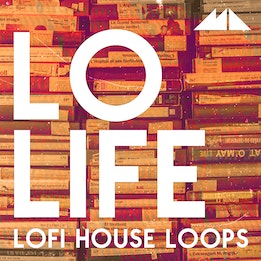 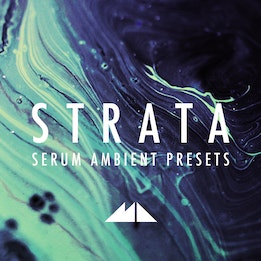 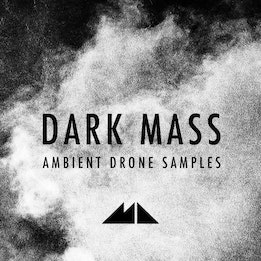