Home Magazine Making Loops Your Own In Live: Spectral Resonator

Making Loops Your Own In Live: Spectral Resonator

Welcome to my new series, Making Loops Your Own In Live, a space for me to zoom right in on a particular aspect of one of our favourite DAWs here at ModeAudio and show you how you can use it to put your own stamp on our loops.

Today, I want to talk about the Spectral Resonator, which is a great new device introduced in Ableton Live 11 and can be used to transform audio in various weird and wonderful ways.

The device uses the fast Fourier transform (FFT), an algorithm that breaks down signals into separate frequencies or partials, and allows you to apply FX tweaks to create totally new sounds.

The FFT has been around for a while, but was traditionally used in more academic settings and on the vanguard of experimental music.

This is the first time it's been used in Live and while it allows us to tinker like the avant garde composers of the past, it also presents us with new options for hard-hitting modern genres.

As you can see/hear from Ableton's short demo video above, the Spectral Resonator can be used to bring a metallic, sometimes otherworldly, yet musical dimension to audio.

I love to use this effect on drums, and it's a particularly cool way of transforming percussion loops into beastly basses. The way to do this is to grab a kick or tom loop, feed it into the Spectral Resonator device, and adjust the settings slightly so each drum hit actually sounds an audible note.

In my example here, I've taken a kick loop from one of our Synthwave packs Astral Phase. Here's what it sounds like raw:

Now, once we add the Spectral Resonator (which can be found in Audio Effects, and under Reverb & Resonance) to the channel and hit playback, the loop should now sound like a synth playing one note.

Let's change the frequency dial mode to MIDI note, select the root note we want, then change the modulation mode to 'Chorus' and increase the 'Unison' voices to 4 (I've also dialled in some delay on an FX send, and cranked up the tempo):

And let's take a listen to the results:

It's now sounding like a big phat Techno bass! The great thing about using the Resonator in this way is that we retain a lot of the original percussive impact of the loop, with a lovely low end resonance mixed in to give it tone.

Here's another example using a tom loop instead of a kick. Here's the original, also sourced from Astral Phase:

Now I'm going to feed it through the Spectral Resonator with similar settings, this time adding the Erosion device to the chain to add some extra flavour:

And the end result:

Another phat bass! But this time you can hear how the subtle difference of the original tom sound, compared to the kick, gives a more sustained note with slightly less percussive transients.

The Erosion device also adds some high-end fuzz too, which is great if we want to bring more presence to the sound.

Now, I can hear you thinking 'that's all well and good, but I don't want just a one-note bassline', and this is where the Spectral Resonator gets really cool. You may have noticed the pitch mode toggle on the top left of the device - we'll now change that from 'Internal' to 'MIDI':

We then need to specify a MIDI channel in our project that has a MIDI loop playing back. Luckily, most of our loops packs also include a folder of MIDI loops, so i've grabbed a bassline from Electric Boogie.

Now, when we start playback, the MIDI loop will dynamically adjust the pitch of the device as our audio loop is fed through - giving us an interesting (and perhaps unexpected) mixture of both melodic and rhythmic elements from both loops.

Now we've got a melodic dimension to our newfound phat bass sound!

It's worth noting that the 'MIDI' setting does not allow you to plug your MIDI keyboard in and play the Resonator like a synth - the MIDI information merely sets the pitch, albeit in a rhythmic fashion, with the output sound constricted to the rhythm of the original audio loop.

I really like this technique as it allows us to approach composition from a different angle and allows for an element of surprise, as opposed to noodling on the keyboard until we find something that works.

We can take a percussive loop with a cool rhythm, and the MIDI notes from a cool bassline, and mash them together to see what springs out. 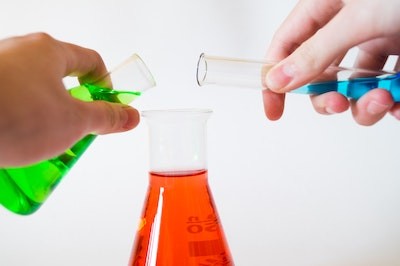 You may have also noticed that you can take loops and MIDI from all sorts of genres, and transform them into something else completely - in our example we took some Synthwave drums and a Boogie bassline, and ended up with big room Techno or EDM!

Have a go at making your own monster basses - dive into our loops & samples packs where you'll find plenty of drum patterns and MIDI files to experiment with inside Live's excellent Spectral Resonator. Have fun!

A Quick Guide To Making Your House Beat Chunkier 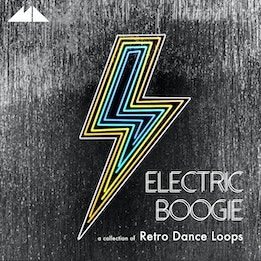 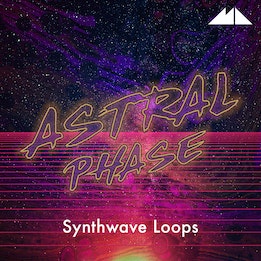 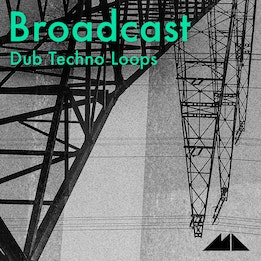