At the end of July 2021, we were honoured to once again team up with the mighty Waves plugin dynasty, to bring our users and visitors a 2nd free plugin from their industry-leading arsenal!

First time around, we offered up OneKnob Phatter, a one-stop shop for all your mix thickening and saturation needs. This time, we were able to offer the equally indispensable OneKnob Filter for the production pleasure of our newsletter team.

Seeing as so many of us were able to get a hefty dose of analog-style warmth and filtered fun on the house, I thought it only right that I take this new sound sculpting toy out for a test drive, to showcase all that it can do and in record time. Let’s dig in! 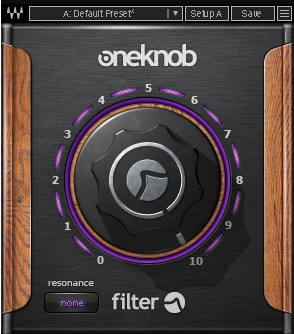 Waves’ OneKnob series is designed, above all else, with ease of use in mind, with plugins in most cases consisting of just a single dial which you can crank from 0 to 10 to apply the effect in question.

OneKnob Filter slightly deviates from this playbook by also bringing the 2nd most important facet of the all-important filter into the mix, resonance.

From none to moderate, high to extreme (for what’s the point of just a little resonance after all?!), this button offers producers an effortless control for dialling in just the right amount of filter sheen or scream into their sessions.

Of course the other ingredient in the OneKnob recipe book is sonic quality, and Filter is no exception - its thick, warm sound, modelled after analog hardware, is sure to become an instant favourite of your plugin and VST toolbelt.

So, without further ado, let’s get into some audio examples and hear how this beast performs in the lab!

To begin, let’s kick off where I’d normally start when making a new track - with the beats. Here are a couple of loops, ‘NotThere_122_Kick’ and ‘NotThere_122_TopDrums’, from our Loose Breaks - Drum Loops pack, heard without any effecting for 4 bars, then with OneKnob Filter’s cutoff gradually brought down from 10 to 0 over the course of the next 4 bars:

Even with the resonance button set to ‘none’, things are already sounding full and warm when the cutoff gets down to those low mid and low regions of the frequency spectrum.

Here’s another automation curve starting from low to high this time, but with resonance set to ‘moderate’:

You can hear the filter just starting to saturate the sound a little, which contributes nicely to the punchy, crunchy vibe of the beat.

So far so chunky! Now, let’s try a mini mix also involving a synth bassline and some chords, again going low to high with the filter cutoff but this time pushing the resonance up to ‘high’:

Huge! Despite achieving such a massive, thick sound, the filter only really saturates at one point around the 800Hz - 1kHz region, which in my book is actually a welcome addition to the vibe of this arrangement. Of course, if you wanted to reduce this and opt for a cleaner sound, you can just dial back the volume of the audio being fed into the filter.

Here’s the same setup but with 8dB taken out of the signal before it hits OneKnob Filter, with some gain compensation to bring the volume back up on the master output:

We’re getting the same, phat, filtered results as before, albeit without tipping the signal into the red as we did above!

Of course, you don’t just have to use OneKnob Filter with drums and synths. Let’s try it out on some more experimental material - here’s a granular drone, ‘AfterLife_D#m_SynthGrains01’, from our Plasma - Granular Texture Samples pack, with the same cutoff curve applied as in the previous example:

Pretty lush, I think you’ll agree! The filter has a real sweetness to the sound of its resonance, which feels very musical and works especially well on material that has a nice, full spectrum such as this granular texture.

Finally, let’s see how the filter performs when using its ‘extreme’ resonance setting. I’ve chosen a different sample, ‘Auricle_F_GuitarGrains’ from Plasma for this last test - here we have the cutoff moving smoothly from low to high this time:

That resonance is gorgeous, isn’t it? At the lower end of the spectrum, it has rich sizzle to it and at the higher end, it rings out with the purity of a bell on a clear morning - ok I’ll stop with the poetry and let the plugin speak for itself!

So, I hope the above demonstrations help to give you a clearer idea of just how much you can achieve with OneKnob Filter’s economical single dial and button - I hope you were able to grab the free plugin and until next time, get creative! 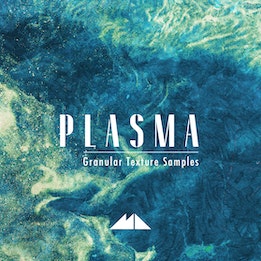 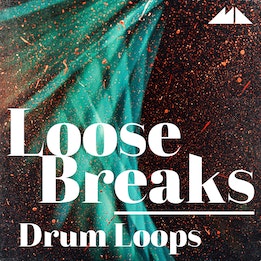 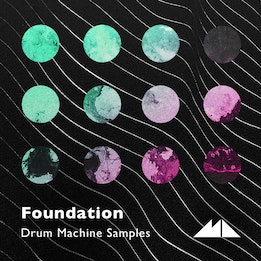