Waves are one of the world’s foremost plugin developers, coveted by pros and amateurs alike having established themselves over decades as one of the pioneering forces of the digital emulation of classic studio hardware.

Many of their plugins are virtually essential to the modern studio setup, becoming bone fide legends of the plugin world (we’re looking at you, SSL G-Master Buss Compressor).

In early October 2020, we were honoured to team up with Waves to bring ModeAudio visitors a free plugin, OneKnob Phatter.

At the time, OneKnob Phatter was also new to us here at ModeAudio, so we took it as the perfect chance to take the plugin through its paces in a walkthrough tutorial just for you.

So, strap yourself in as we find out just what this shiny new piece of kit can really do! 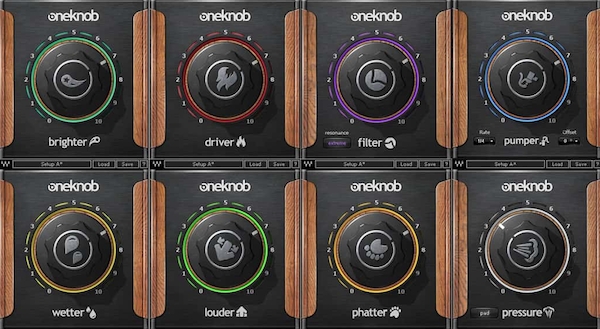 A Series For The Modern Age

Phatter is part of Waves’ excellent OneKnob series, a recent addition to their stellar catalogue, all of which employ just a single control in the processing and transformation of input audio signals.

Think of this control as a simple ‘mix’ or ‘wet / dry’ parameter - the more you crank it, the more your sound is affected. For producers short on time, this series is a breath of fresh air in comparison to plugins overloaded with meters, dials and sliders.

With Phatter, the change we’re interested in introducing to our sound is of the thickening or bass enhancement variety - basically weight-gain for weedy sounds!

Creating spectral depth and thickness goes a long way to producing a satisfying mix, and is vital in crafting beats and bass that are engaging and attention-grabbing; this is where OneKnob Phatter excels.

As we’ll see in the examples below however, its use needn’t be restricted to bass-lacking kicks or synths, though of course the plugin does wonders for these types of sounds. Let’s try the plugin on a few different instruments to get a sense for how it performs.

Like all good plugins, OneKnob Phatter can be used to a lesser or greater degree to affect change from the subtle to the extreme. Here’s a beat from an upcoming sound pack release of ours, created using our Beat - Drum Machine Samples pack, that could use a little beef in the low-end: 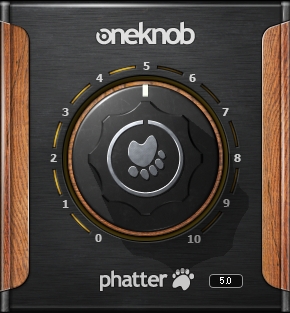 Now, here’s the same beat but with OneKnob Phatter applied on the master drum bus, the control sitting at the ‘5’ or ’50%’ position:

Without any additional mixing, the plugin instantly brings out the kick more in the beat - it feels rounder and has more body.

It’s not a smack-you-round-the-head sort of shift in sound, but it just helps to elevate things up a few notches on the scale, which when coupled with the other pro mixing tips and tricks in your toolbelt is what separates the musical gems from the pebbles!

Now let’s take a look at the next most obvious place to place the plugin - on a synth bass track. Here’s a chunky synth bass part to accompany our drums which nevertheless feels a little light: 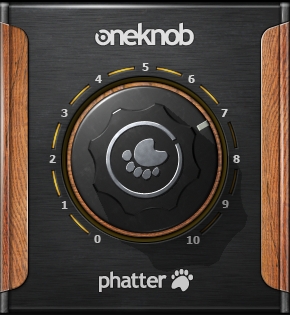 Now here’s the riff with OneKnob Phatter applied, this time cranked to the ‘7’ or ’70%’ mark:

There’s a difference you can’t ignore! The plugin has instantly introduced the low-end weight and punch the synth part was lacking, and we effected this change in an instant.

As a final stop on our tour of what Phatter can do for your mix, let’s try it on some sounds that are perhaps not such immediately obvious partners for the plugin - first up, electric guitars.

Here are some woozy guitar riffs, also taken from an upcoming ModeAudio release:

Let’s go all out and really crank OneKnob Phatter this time, pushing the control to all the way to 100%:

The guitars now have an impressive, satisfying weight to them that doesn’t feel over the top or too aggressive, despite the plugin’s control being turned to the maximum.

Important to what we do here at ModeAudio also, OneKnob Phatter doesn’t just sound good on instrumental parts; let’s give it a spin on a layer of vinyl static, taken from our Brainwave - LA Beat Loops pack:

This time, I’m actually going to stack up my plugin instances to really add some low-end rumble (allowing myself to turn the dial to 200% in effect!) - here’s the result:

The static layer has much more of a warm, vintage feel to it now and thanks to the plugin’s small CPU footprint, I could easily imagine duplicating it further to create an ever more extreme effect.

As a final before and after, here’s the entire mix with all the instances of OneKnob Phatter bypassed:

Now, here’s the very same mix with the Phatter plugins turned back on:

I don’t know about you but for me, the wet version has much more weight, warmth and presence to me, producing a much more satisfying sound that resonates nicely in my chest the louder I crank it.

I hope you’ve enjoyed my walkthrough of Waves’ handy OneKnob Phatter tool and can see how it could be successfully deployed in your music - until next time, get creative! 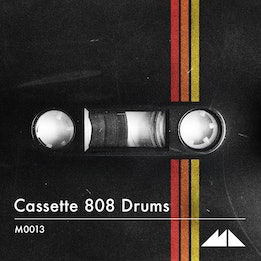 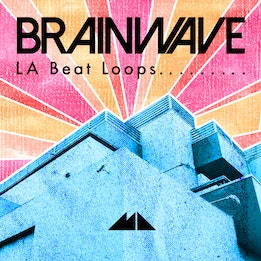 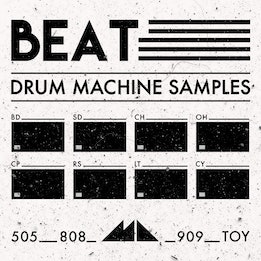