Home Magazine So, What Is A Music Producer Anyway?

If you’re a regular visitor to ModeAudio, then you’ll know that we’re completely nuts about all things music production.

From the art to the craft of creating and designing sound, music is in our very DNA - we also believe passionately in demystifying the process, because making music is something you can, and should, do, if you’re not already (it’s good for you)!

For the general public, one part of the process from bright idea to chart-topping smash that seems forever shrouded in mystery, is that of the role of the music producer.

Now, I consider myself to be a music producer, but that doesn’t mean my average day looks anything like Rick Rubin’s (though I do like a spot of meditation) - and he’s just about the most famous producer on the planet!

Let’s put this term under the microscope in a bid to find out where you and I sit within it - so, what exactly is a music producer anyway?

As with all terms in the English language, there are several different definitions of ‘music production’ in the dictionary sense of the word - what I’m interested in however, are the actual, practised forms, the definitions wherein we can actually point to examples in the real world.

Without further ado, let’s take a look at each in turn!

I want to start with the simplest and most hands-off definition I can think of - that of the money man, or woman.

This type of music producer is closely related to the role of the film producer, though of course this position is not without its variances too!

In this definition, the music producer satisfies their function by putting up the money to pay for recording sessions, hire musicians, or otherwise provide for their artist by making the tools and locations of their trade available to them for music-making.

This is probably the most out-dated of the definitions we’ll explore here, though we can start to see something of a resurgence in the form of the ‘executive producer’ credit, occasionally appearing in major label releases of today.

An example is Dr. Dre’s involvement in Kendrick Lamar’s last two albums, To Pimp A Butterfly and Damn. Both records feature track-level production credits from a dizzying array of artist, making it pretty obvious that the albums were formed by beats being created by individual contributors for Lamar to then work on top of.

Whilst I can’t say for sure what Dre’s involvement was here, it’s a fair guess to suggest that, rather than directly contributing musically, he probably provided funding and recording space for Lamar, as well as possibly curating beats from production hopefuls, selecting the best for use in the creation of each album.

I don’t mean to devalue this variation of the role of music producer - it certainly has a place in the annals of music history and lots of great albums wouldn’t have happened without the capital to make it all possible. For me personally though, I’d much rather get involved with the music itself, just like the producers we’ll now discuss!

First, let’s take a brief sojourn back through the mists of time, to the advent of recorded sound.

Early recording sessions consisted of little more than performers gathered around a transmission device, such as a horn or, eventually, a microphone, which was itself connected to a recording device, such as a revolving disc made of a soft material that could be scratched into (the precursor to vinyl).

The role of the producer in these days was purely technical, consisting of setting up the equipment in the right way and operating it to its fullest potential.

As the technology became more sophisticated and the recording options available for both producer and artist grew exponentially, this type of producer’s job became more creative, as different equipment could be selected and manipulated to produce different musical results.

It goes without saying that this type of producer is ubiquitous today - from being involved in recording sessions, to mixing and processing channels of sound using soft and hardware units, this is most-likely the standard definition that Joe public has in mind when thinking of what a music producer does for a living. 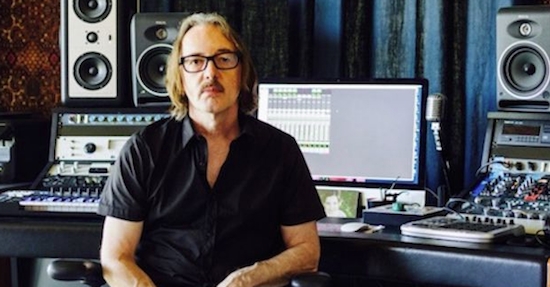 Another very familiar perception of the music producer is as the creative visionary - the mastermind who hears in the raw, unpolished work of a given artist or band a grand potential that can only be realised by their own special processes and input!

Popular examples of this would be the work of The Beatles producer George Martin, or inventor of the famous ‘wall of sound’ in the 60s, Phil Spector.

For these music producers, their role was so much more than the simple pushing of faders or turning of dials - it was an expressive opportunity to profoundly shape and alter the final musical result. Now, that’s my idea of fun!

From choosing strange recording locations and instruments, to writing atypical arrangements and pioneering trailblazing uses of technology, these innovators changed the way music production was thought about, turning the process into an art in its own right. 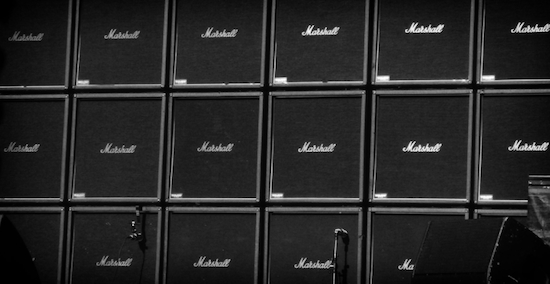 Blending technical know-how with creative vision, this definition of the music producer is sadly fading into obscurity - with the transition from physical sales to free online streaming, and shift from major label dominance to self-publishing, the lavish recording budgets associated with this sort of artistic freedom are simply drying up.

Another possible consequence of the shrinking of recording budgets is the rise of another type of music producer - the all-singing, all-dancing all-rounder!

In this definition of music production, the producer becomes so intimately involved in the music that they become performers themselves, and even writers in many cases.

An example of this type of producer is the multi-talented Nigel Godrich, often referred to informally as the sixth member of Radiohead.

As well as taking care of the technical side of the recording process, Godrich often takes on performing duties for his projects, such as playing synths on Thom Yorke’s solo albums.

His is an extremely creative approach to production, to the point where the simple act of editing blocks of audio can provide new musical dimensions to his work - the sheer amount of detail that can be heard on Radiohead’s Kid A is a striking example, but the music never sounds overwhelming thanks to the careful mixing and layering of elements.

Another example here is the multi-award-winning Paul Epworth, who has worked closely with some of the biggest stars of the Pop and Rock worlds. His association with Adele for example frequently results in songwriting credits for him, clearly demonstrating the compositional demands on his time. 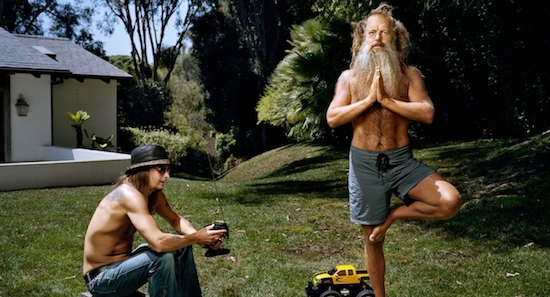 Let’s now turn our attention to a more modern definition of music production - I mentioned Rick Rubin above, so how does his involvement in the creation of a record compare to those we’ve already mentioned?

It is widely acknowledged that Rubin is no technical wizard when it comes to the art of recorded sound, preferring to work alongside engineers who can operate the gear while he focuses on other aspects of the process.

So, if he doesn’t push buttons and tweak sliders, one of the primary concerns of the producers listed above, then why is he so in-demand across the musical spectrum?!

Well, because his unique approach has produced some of the greatest music of the last few decades, that’s why!

I think of Rubin and his ilk as sort of like life-coaches, tapping into the emotional and spiritual needs of their artists and ensuring the atmosphere in the studio is conducive to producing the most musical performance possible.

A case in point is Rubin’s work on the Red Hot Chill Peppers’ Blood Sugar Sex Magic, wherein he rented an entire mansion (previously owned by Harry Houdini, no less) for the band to live, sleep and record in.

As the Funky Monks documentary produced during the album’s recording makes clear, the unique atmosphere and acoustic of the house hugely contributed to the overall sound of the music - just another masterstroke from Rubin, the conjuror/producer supreme! 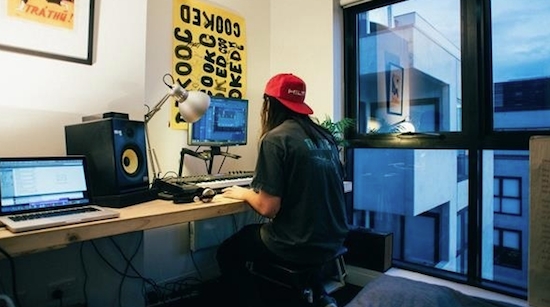 Last but by no means least, we have the definition of music production that probably in fact applies to most of you reading this article, and I include myself in this group also - the bedroom producer.

An exciting and fast-multiplying form of the art, this definition incorporates all aspects of the process of recording and releasing music - from writing material and performing it, to recording, editing, processing, mixing and far beyond!

The bedroom producer most typically works alone, taking charge of virtually all aspects of their music from initial thought right through to final release - the wide availability of affordable recording equipment and software, alongside the rapid expansion of online educational resources can turn this form of music production from a hobby to a way of life, and I for one couldn’t be happier that this is the case! 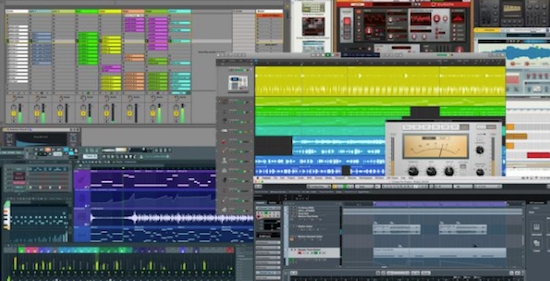 Using a mixture of DAWs, soft synths, analog hardware, VSTs, acoustic instruments and samples (either recorded themselves or courtesy of loop and sample providers such as ourselves), the bedroom producer crafts collages in sound, building up layer after layer till their track or beat is ready for the world.

Uploading to Soundcloud, Bandcamp, Spotify etc completes the digital production chain, from beat-making to release with literally no middlemen involved (that doesn't mean anyone is necessarily going to listen, mind you)! 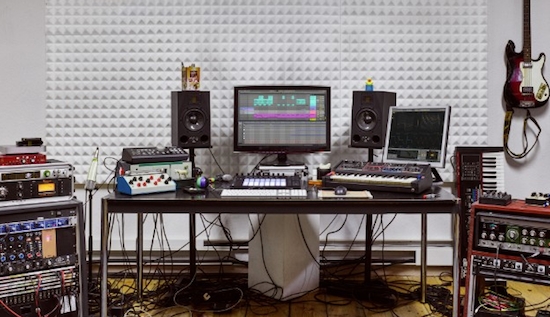 It's this last definition of the music producer that resonates most profoundly with me, as it represents the democratisation of music as an artform. Now, anyone with access to a laptop can make music and as I pointed out in my introduction, this can only be a good thing when it comes to issues like mental health.

As the nay-sayers are quick to point out, it also means more bad music - but I can only counter with the fact that it means more good music too! It takes time and practice to become good at anything anyway, so who's to say the bad producers of today aren't going to become the great producers of tomorrow?

Of course, in a great many cases the role of the real-life music producer blends and morphs between all the definitions I’ve outlined above, making the position a truly multi-disciplinary art.

I hope you’ve enjoyed my unpicking of the various definitions of music production and if you’re an aspiring bedroom producer on the hunt for new sounds, as I suspect you are, then be sure to take a look through our catalogue of royalty-free sounds to help kick-start your next track. 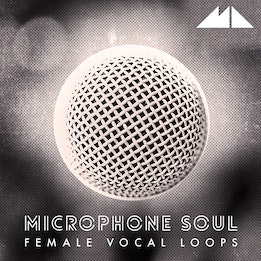 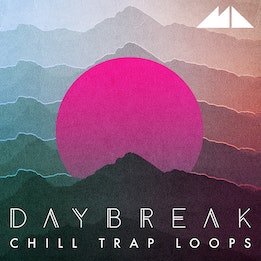 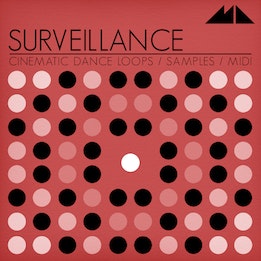 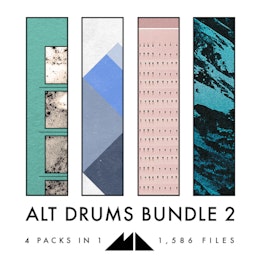