Welcome back to my Production Essentials series, where I seek to uncover what makes popular genres tick. Today is the turn of Synthwave, which is one of those genres that surely never would have existed had the internet not evolved into the dizzying repository of human endeavour that it is today.

The ability to access media of all kinds from across the ages at the click of a mouse has brought about a re-evaluation of and obsession with the past, putting young musicians in touch with artistic trends that have long since fallen out of fashion.

Nostalgia is a driving force behind lots of forms of creative practice, but it’s especially important in the world of Synthwave, based as it is around the sound of classic 80s film and video game soundtracks - even if it’s a nostalgia for a time that was never actually lived through by those involved!

I’m going to stop my philosophical meanderings on the appeal of Synthwave there, because the simple fact is that lots of people love the sound of hazy synths and driving drum machines, and we at ModeAudio are no exception - join me as we dig into 5 production essentials of the genre below!

You’re about to embark on the next masterpiece of retro-tinged musical mayhem, so you fire up your DAW and create a blank project. Your first decision to make is perhaps the most fundamental - which Bpm should you choose?

As with all genres, you can make a Synthwave track at pretty much any tempo you care to try, but I’d say the vast majority of tracks fall into one of two distinct areas - you have the slower, more grooving range of around 80 - 118 Bpm and the more upbeat, driving range of 128 - 140 Bpm for tracks in the Outrun sub-genre.

Now we’ve picked a tempo, let’s proceed to the bedrocks of our track - drums and rhythm. Synthwave overwhelmingly favours analog-style drum machine sounds, such as those of the Roland TR505 or LinnDrum, which make use of real, recorded acoustic drum sounds within the context of classic analog synth circuits.

Many modern DAWs come with samples of such equipment pre-packaged, but of course it never hurts to top up your collection with additional custom sampled drum libraries such as our Beat - Drum Machine Samples and Resonate - Analog Drum Samples packs.

Typically, these sounds are utilised in very simply patterns which emphasise beats 1 and 3 with the kick and snare and fill out the crotchets or quavers in between with closed hi hat hits - virtually no velocity deviation is used, resulting in a sound that is positioned somewhat between live drumming and electronic programming.

Open hats also feature prominently, as do extra snare hits used at the end of the bar to act as a drum fill - this provides momentum and helps drive the track onwards to the next part of the arrangement.

Toms are another big favourite with Synthwave artists, particularly big, boomy samples that are also used to fill out patterns towards the end of the bar. Other classic drum machine sounds are heavily featured also, such as the cowbell sound of the Roland TR808.

In terms of structure, it’s very common for Synthwave beats to begin with no hats i.e. just kick and snare, with hats introduced as the track progresses. 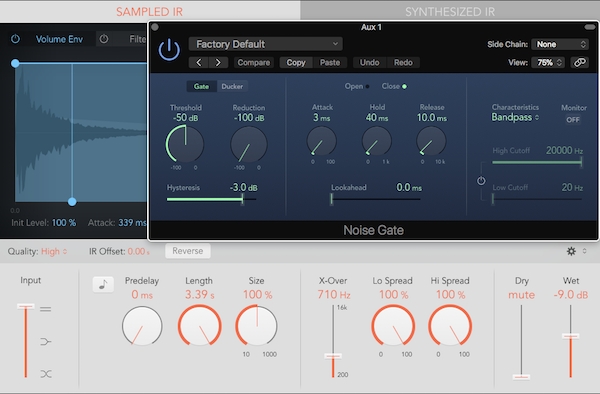 You’ll almost certainly want to throw most of your drums through a gated reverb send effect also - choose artificial reverbs (i.e. not convolution reverb) for authentic Synthwave flavour, placing a gate plugin after the reverb and setting the threshold so that it cuts off the reverb tails.

3. Synths: A Blast From The Past

Now it’s time to turn our attention to what is undoubtedly the most recognisable sonic element of Synthwave - those classic, irresistibly warble-heavy analog synth tones!

From basses to lead synths, pads, arps and beyond, Synthwave makes extensive use of classic synth hardware sounds from the 80s - think the Roland Juno 106, Jupter 8, Sequential Circuits Prophet 5, Minimoog and so on.

If you don’t have the cash to splash on these iconic pieces of gear, which now routinely fetch well over $1,000 due to their scarcity, luckily we have a few places to turn as alternatives - firstly, we have the power of modern software synthesis, making all the features of classic gear available in plugin form inside your DAW and then some.

You can go for soft synths which aim specifically to recapture the sounds of the past, such as Arturia’s superlative V collection, or you can oft for synths which are much more forward-thinking in design, yet are perfectly capable of producing solid, retro-style results, such as NI’s Massive or Xfer Records’ Serum.

Secondly, you can always pick up some sampled instruments or analog synth loops to work with, such as those featured in our Synthwave Bundle or Grid Racer - Synthwave Loops packs.

You’ve got your synths ready to go, or are on the hunt for the right samples and loops - what sort of sound should you be trying to achieve?

For basses, you’ll want to crank any filter resonance controls you can get your hands on - the more piercing, squelchy filter feedback you can muster, the better! You’ll almost certainly want to use a filter envelope on a low pass circuit to achieve this, creating a nice, resonant sweep that will help the bass to pop out of your mix.

If you have access to more than a single oscillator also (as pretty much every modern soft synth will grant you), a process known as ‘beating’ is your friend - this is where you subtly detune the oscillators by just a few cents, creating patterns of amplitude boosting and reduction, almost like a tremolo effect.

Setting an LFO to modulate the pitch of one of the oscillators again by just a few cents will create a much more interesting and unpredictable pattern of beating too. 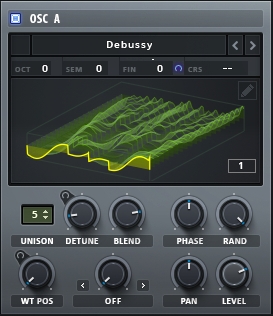 The same goes for pads and synth leads too - in fact detuning in general is pretty pivotal in creating that classic ‘warbling’ sound that Synthwave feeds on. If you have a ‘unison’ or ‘unison detune’ control available to you also, use it! This creates copies of your oscillator outputs and allows you to subtly detune them further, resulting in big, phat, warm stacks of synth tones.

Pads are another very important element of the genre, bringing that woozy, atmospheric vibe so instantly reminiscent of the film soundtracks of yesteryear. Try layering in filtered noise for added atmosphere, making sure to set those low pass filter cutoffs fairly low and modulating with an LFO or envelope to shape your sound in time. 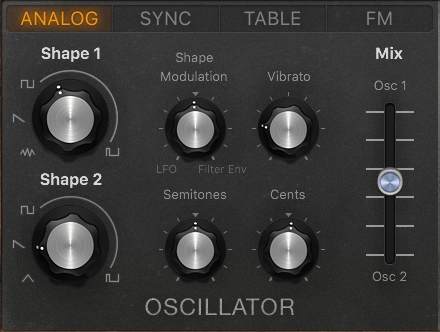 Regarding leads, the brighter the better! Classic square and sawtooth waveforms are king here, as is cheesy vibrato for added expression. Throw lots of reverb on your leads too to give them that cavernous feel.

A special mention must go out to what has to be my favourite effect of all-time: chorus. Used properly, Chorus can bring warmth, width, atmosphere and even all-out psychedelic chaos to a sound - its sonic cousins the phaser and flanger are also well-used in Synthwave, so make sure to experiment with them on your arps, leads, pads, basses and even drums to get the right feel.

Arps and sequenced melodics are extremely common in Synthwave (see my breakdown of Stranger Things’ title music for an example), as are sequenced basslines which essentially just repeat the rote note of the given chord for every crotchet or quaver in the bar.

This creates a strong sense of rhythm and a palpable driving effect, surely why the use of car imagery is so prevalent in accompanying artwork and videos!

Simple but effective Pop chord progressions are utilised, often incorporating 4 chords per bar across 4 bar patterns. A minor key and chords will give your track more of a brooding, soundtrack vibe, whereas a major key will probably lead you down more of a cheesy, Synth Pop direction.

Leads are more often than not mono patterns i.e. processions of single notes carving out a melody far above the driving rhythm of the drums and bass. Again, simplicity is best here - just a few notes from a synth that has the right sound can be extremely effective and deliver all that you need in the context.

So there we have it, 5 production essentials of that wonderfully retro genre known as Synthwave - I hope the above has given you a real taste for what lies under the hood of this nostalgia-hungry style, and will help guide you in your efforts to conquer the grid, beat the boss and ultimately triumph over Tron!

I want to finish with some essential listening for you to really help hammer home the points made above - I’ll start with 3 modern classics of the genre, then move to 2 examples from the past which surely inspired them. Enjoy and as always, get creative! 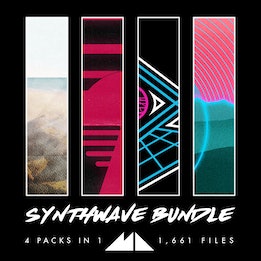 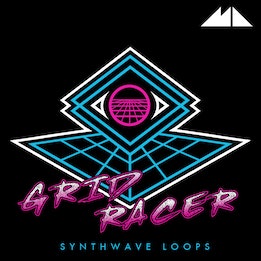 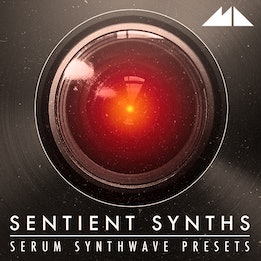 60 deliciously analog-inspired Synth Presets for Xfer Serum - be careful, this release has a mind of its own!
Play Demo
View Pack
Sale 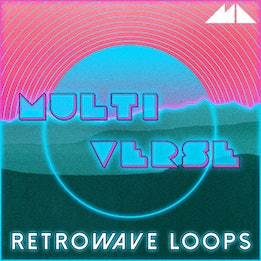 Race across the grid towards a melting neon skyline with 460MB of raging Retrowave!
Play Demo
View Pack
Download 800MB of free sounds!