A subject long overdue some attention and love in the pages of this magazine, today I’m excited to explore the concept of turning single drone or Ambient samples into playable sampler instruments.

Whilst this idea might seem daunting at first, introducing jargon such as key mapping, loop end points and so on into the mix, it’s actually extremely simple to execute once you know how, and will open up your collection of atmospheres, textures and drones to a whole new world of musical possibility!

In a nutshell, what we’re talking about here is taking a single sample containing audio that is loosely at the same pitch, preferably with some internal movement and dynamism as well, and mapping it across the keyboard, so that you can create melodic sequences and chords from it.

It’s a technique that’s as old as the hills (or, to be more precise, as old as the concept of sampling itself) but is still one that is often overlooked, particularly by new or beginner producers.

Ambiences, drones, noise textures and all other forms of atmospheric, sustained sounds are something we take a special pride in creating here at ModeAudio, and the chances are if you’ve picked up any of our packs or grabbed any of our freebies then you’ll have a few in your collection already.

Whilst we design these samples to sound fantastic out of the box, and of course they can be used as they come, inserted straight into your DAW session, a technique such as the one I’m about to share with you will really open them up to experimentation and new ways of working within your productions.

I’m going to use Logic Pro X’s new Sampler device for the purposes of my demonstration here, but I won’t use any features or functions that aren’t in any way totally standard, or that you won’t find in any other sampler worth its salt.

For example, sub in Ableton’s Sampler or Reason’s NN-XT wherever you read “Sampler” and you’ll be able to follow along just fine.

To begin, let’s find a nice, long drone sample that is more or less of a consistent pitch, and that also exhibits some interesting development and evolution through its duration. I’ve gone for ‘Removed_C_Atmos’ from our recent Friction - Cinematic Drones & Textures pack, which sounds like this:

The next step is to import my sample into my sampler - Logic Pro X’s Sampler makes this a breeze to do, as all I have to do is drag my file from Finder over the device’s interface (choosing the ‘Chromatic / Zone per file’ option).

This gives me a single sample or zone, triggered with a single note (C1). To turn this into a sampler instrument proper, playable across multiple keys and pitches, all I have to do is click on the ‘Mapping’ tab and drag out the limits of said zone to cover more keys.

I’ve decided to drag the zone to encompass 2 octaves above and 1 octave below the root pitch (which in our case happens to be a ‘C’ anyway, as indicated in the filename), giving me 3 octaves of playable keys. Despite this, the resulting sound is pretty rustic with little nuance or expressive potential: 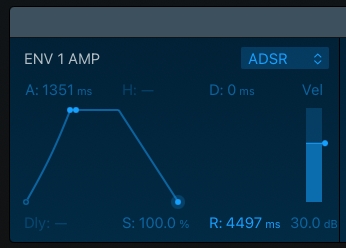 Luckily, it doesn’t take much to drastically improve the situation; first off, changing the amplitude enveloping under the ‘Modulators’ tab (‘Env 1’ is where we can alter the amplitude envelope) gives me much longer notes which hang in the air and merge with each other nicely:

Next, I can change the sample start points and looping options to give me a sound which I can sustain essentially indefinitely:

Finally, I want to add in some filter modulation as well as aftertouch functionality, allowing me to build some more musical expression and detail into what I can produce with the instrument. This all happens under Sampler’s ‘Mod Matrix’ tab, which I’ve setup as follows:

You’ll notice that I’ve also randomised the sample start position per incoming MIDI note, which is a modulation that is ideally suited to my long, evolving, underlying sample, giving me a slightly different result every time I press a key.

And just like that, we’ve created a textured, expressive drone instrument, all built from just a single source sample!

Hopefully you can see that what we’ve achieved above is just the tip of the iceberg; imagine layering in a second sample at the same pitch, or introducing copies which are detuned slightly for a unisono effect. The sky is the limit!

Just for fun, here’s my little drone riff from above placed in context, with a beat, bassline and noise layer for company:

I hope you have fun turning your Ambient samples into fully-fledged instruments and until next time, get creative! 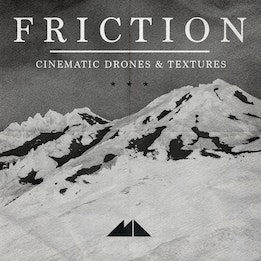 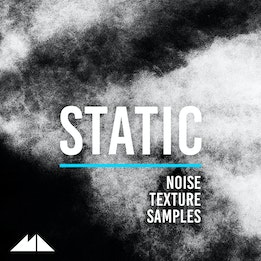 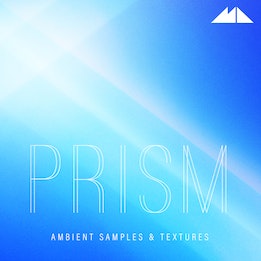