The cut-up sampling technique is most heavily associated with the pioneers of Hip Hop production - DJ Premier, Pete Rock, J Dilla and Madlib take a bow - wherein entire tracks are created from small snippets recorded from old records, carefully stitched together inside classic samplers such as the E-mu SP-1200.

Today however, I want to look at a closely related yet subtly distinct use of the technique, as found in the music of one Simon Green, aka Bonobo.

Bonobo’s take on the technique sees him taking loops featuring a single instrument, typically something orchestral, and cutting snippets from them for rearranging into the main hook in the given track - where his style really differs from the classic approach however, is in his choice of which snippets to take from the loop in question.

In the vast majority of cases, sampling is conducted around the attacks of notes featured in the music the sample is being recorded from - that is, the sample begins at the very start of a piano chord, for example, or the first beat of a drum kit pattern.

If we listen closely to examples of Bonobo’s music however, we can hear that his cut-up hooks are full of sampled snippets which do not begin at the start of a note - rather, a snippet might be of the tail-end of a guitar chord, or the resonant decay heard after the initial strike of piano strings.

Of course, snippets of this nature are mixed in with the more conventional type featuring note attacks, but use of the two allows Bonobo to produce an interesting ebb and flow in the momentum created by his hooks.

Let’s take a closer look at his track Ten Tigers, taken from The North Borders album - the main hook or riff featured in this tune is a harp loop, which has been cut-up in just the way I’ve described above.

The main variation of this hook is clearly made up of 5 different snippets of the harp loop, each containing a different note or chord. Now, it’s hard to say for sure but it sure sounds to me like just the 3rd and 4th snippet actually feature the initial ‘pluck’ or attack of the harpist’s fingers on the strings - this gives an unusual prominence to the parts of the riff where these particular snippets feature.

If you’ve studied music theory at all you’ll know about the concept of ‘accents’ - this is where a slight increase in force is used to give the note in question special emphasis (basically, the note sounds a bit louder and heavier).

We could describe the 3rd and 4th of Bonobo’s harp snippets here as being accented, whereas the other 3 are not - this helps to draw the listen in towards the centre of the loop, before dispelling this momentum or tension towards the end of each repetition.

The ingenious thing about this technique is that all of these expressive musical attributes are created not through clever and extensive programming, but simply by choosing the right parts of the loop to sample!

To demonstrate this technique in action, I’m going to take a loop from our Bonobo-inspired sound pack, Outlook - Electronic Loops & Samples - I’ve chosen a guitar loop called ‘SketchArtist_118_Am_GuitarRiff.wav’, which I’ve selected because it contains various notes and slides that I think will lend themselves well to the cut-up style.

There are a number of ways you can accomplish this idea, the most simple of which is to take your loop into your DAW and slice it into little bits, manually rearranging the regions - this is time-consuming and laborious however, so I’m going to use a sampler to make things quicker and more flexible. 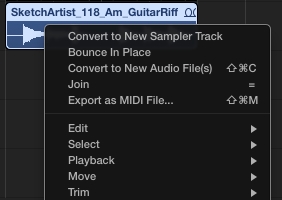 In Logic Pro, we can use the ‘Convert To New Sampler Track’ feature to automatically slice and map loops with Acid markers inside of the EXS24 sampler, giving us an instant little instrument that we can begin experimenting with.

There are similar features available in Ableton Live as well as many other DAWs and samplers, so you can absolutely apply what I’m about to show you to your own workflow. 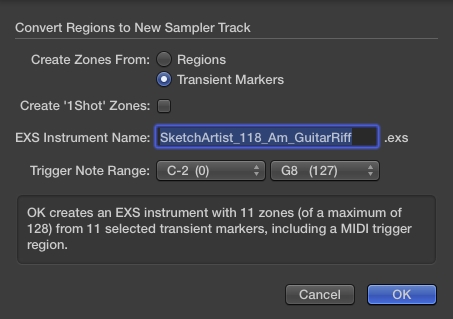 Since all ModeAudio loops come in Acid WAV format, we can select the ‘Create Zones From: Transient Markers’ option in Logic Pro X to give us a new EXS24 patch with the guitar loop automatically sliced and mapped to the lowest notes on the keyboard.

Having played around with my MIDI keyboard, I’ve come up with a rearranged pattern that I like - here’s how it sounds:

Keeping Bonobo’s approach in mind however, I now need to go in and edit the beginnings of some of the samples to give me that expressive, accented effect. 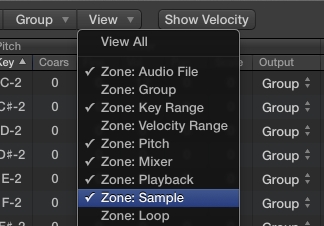 To do this in EXS24, I just need to go into the edit screen and then hit ‘Zone: Sample’ from the View menu - this shows us the beginning and end points of all the sample slices. The figures are all very high, because all our loops are sampled at the industry standard, high-quality 44.1kHz, or 44,100 times a second! 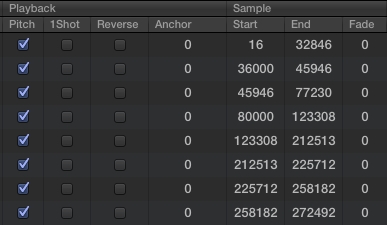 To make some of the samples start later, all I need to do is click and drag up or enter a new figure in the Start column - this effectively lops off the attack or beginning portion of the sample, leaving just the middle or end parts (the ‘DSR’ parts of the classic ‘ADSR’ envelope).

Here’s how the loop sounds now:

I feel like it has much more character and vibe about it now, all thanks to just a little bit of tweaking in my sampler.

Here’s my new guitar loop in context, with a few more loops taken from our Outlook pack:

I hope you’ve enjoyed my dissection of Bonobo’s cut-up sampling technique and can see a why this approach might be useful to your own music-making. As ever, until next time, get creative! 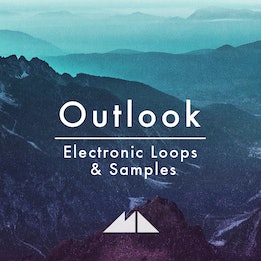 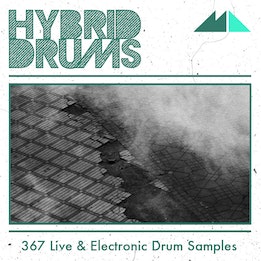 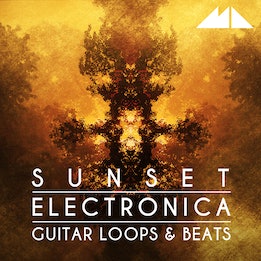