Home Magazine How To Widen Your Drums With Chorus

Drums, drums, drums. Love ‘em or hate ‘em, they’re one of the bedrocks of popular music and are arguably even more crucial to the broad subset of sound we call electronic music.

This is precisely why, when I get a spare moment from designing sample and preset packs and sit down to create some music of my own, drums are the first thing on my mind, more often than not. 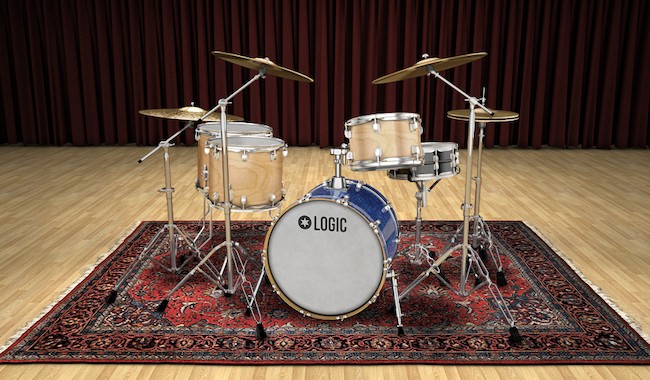 Everybody works with drums in a slightly different way, which is part of what makes it exciting to get a peek into another producer’s setup and workflow - maybe you use the latest sampler as a rhythmic one-stop-shop; maybe you work with hardware; or maybe you just whack your individual samples onto different tracks and sequence them like the good old days!

The point is, there’s often at least something that can be learned from taking a peek at another producer’s setup and workflow, which is very much my hope in sharing today’s tip - how to widen the stereo image of your drum sound, as painlessly and as quickly as possible.

I’m going to be using Logic Pro to demonstrate my ideas below, though you can of course achieve precisely the same results in any other DAW worth its salt. Let’s dig in!

To kick things off, let’s setup a basic beat using the three most common and widely used types of percussive sound; a kick, a snare and hi hat. It’s the basic unit of the acoustic drum kit and this convention has happily carried over to the electronic world:

The samples all come from the ‘MA Flare Box Kit’, loaded via Logic Pro X’s Sampler, which you can find in our Flare - Found Percussion Samples pack.

I’m using duplicate copies of Sampler to load each of my sounds on different tracks, which allows me to apply different processing per drum. If I want, I can then bus the different tracks to a drum master bus for group processing as described in a number of my other articles for this magazine.

I like my sequence but the beat is sounding a bit flat and lifeless at the moment. This isn’t hugely surprising given that I’m working with static, mono sounds, which is how the majority of drum samples are presented. Let’s jazz it up with some extra parts:

Rhythmically, thing are starting to heat up and the interplay between my different drum sounds is creating a nice momentum and flow that can become the foundation of a full production eventually; but, keeping our focus on the drums, there’s still a flatness, a kind of fixed quality, there which I’d like to enliven somehow.

This is where some stereo width would really come in handy, helping to thicken up and embolden the overall vibe of my drums - my favourite percussive element to give some panoramic width are hi hats, so let’s begin there.

The secret ingredient here is, well, not so very secret at all - the humble chorus effect will be our tool of choice in stretching out sounds that are otherwise fixed in space.

Chorus works by creating at least one copy of the input signal, mixing it with the original and modulating its pitch via an LFO, hence the thick, woozy, warbley sound you can get from such units when parameters are set accordingly.

With the mix of slightly differently pitched signals comes all sorts of interesting phasing effects, a result of which is the perceived widening of the stereo field.

Back to our DAW - we have two choices here; we can either apply the chorus directly onto the hi hat track itself, or we could place it on a send bus, which gives us a bit more control in mixing the dry sound with the wet, effected one. Here’s the results from setting up the former, just for ease and speed:

I have the chorus rate set to a pretty low and slow value of just 0.367Hz, with the intensity and mix controls pushed up to the maximum position.

Suddenly, the sequence feels like it has opened up and occupies the entire width of the stereo field, plus the fact that an LFO is used in the chorus’ algorithm means we get that subtle, shape-shifting quality as the phase changes between the signals in either speaker. Easy!

Let’s try the same thing on the additional percussion elements:

Another application of this simple idea that I find particularly effective is with regard to the snare - rather than applying chorus directly, I prefer to copy the MIDI notes across to trigger a new sound simultaneously, such as a clap, widened with some chorus.

This gives us the crisp mono punch of the original snare, plus a widened layer underneath - the best of both worlds! Here’s the snare part in isolation at first, then accompanied by some extra elements that have been widened with chorus:

Now here it is within the beat:

We’ve definitely enlivened our original rhythm, and all via some simple but careful application of chorus!

To further illustrate the ideas above, here’s the same rhythm that we’ve been using throughout the tutorial, only this time triggering some LinnDrum samples from our Foundation - Drum Machine Samples pack:

Now, I’ll add chorus to the hats and clap tracks, to widen out that stereo image:

Instant width with just a little bit of wooze for good measure! If you wanted to dial back the woozy factor, you could make the LFO rate as slow as possible so that the phase shifting occurs at a very slow pace; I just happen to like that slightly melted vibe!

Of course it’s also very possible to engage your ‘Mix’ or ‘Wet / Dry’ control in your chorus plugin to make the effect more subtle still - I hope the above has given you some food for thought and potential methodological ammunition for your next sonic experiment.

Thicken those beats and turn your back against sterile rhythms - until next time, get creative! 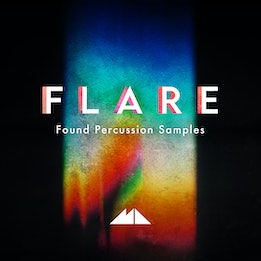 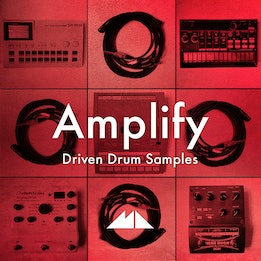