If you're a Reason user, you may have noticed that our Refills containing loops and samples come with a set of Dr. Octo Rex patches, sorted by the type of instrument that the loops contain. This week, I'd like to show you how you can use these Dr. Octo Rex patches to create some cool collage and drone effects, squeezing even more juice out of the content while also firmly putting your own creative stamp on the music.

This week, I'll be using ambient samples from Punch and Remnant, so check them out if you like what you hear! You can also download the Combinator patch and a couple of Dr. Octo Rex patches along with a selection of loops from the two packs at the end of the article.*

Vocoders are awesome tools for processing audio. The main principle is that they take two different tracks of audio and combine them in a particular way. One track is the carrier and the other is the modulator. The carrier is the sound that is having the effect done to it, and the modulator is the effect that dictates how the effect changes the sound. In effect, the vocoder is filtering the carrier according to what it analyses the modulator to be doing. So if you have a rhythmic modulator track, it will impress that same patterning of sound and silence onto the carrier track, which could be something like a pad, for example.

Next, I need to connect something to the Vocoder's mono modulator input, towards the right in the above image. I'm going to use a Dr. Octo Rex here, as it lets me switch between the loops loaded into its 8 slots so I can try things out and change the feel once my composition is further along. (The patches we provide with our Refills are perfect for this!)

As the Vocoder's modulator input is mono, I'm going to use a Spider Audio Merger & Splitter to sum the Dr. Octo Rex's stereo output to a single channel' 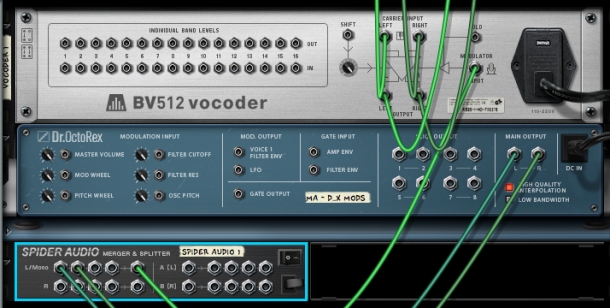 ' and then connect that to the Vocoder's modulator input.

You may have noticed that this thing doesn't actually make any sound yet. Well, that's because we don't have a carrier yet! I'm going to use another Dr. Octo Rex and its outputs will run through the Combinator, and then on to the main Mixer. (This is an Insert FX Vocoder). Connect it up as above. 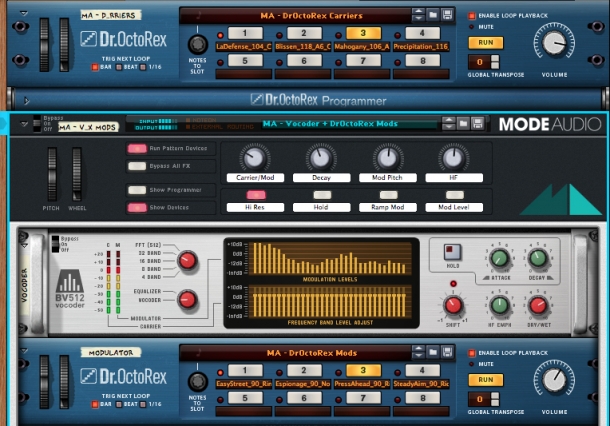 So, how does it sound' Check it out:

There are some other loops loaded into the patches which you can download below, so get experimenting and creating some cool combinations! 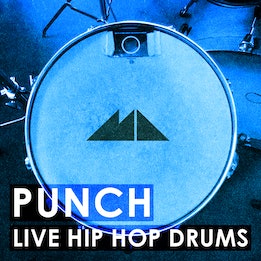 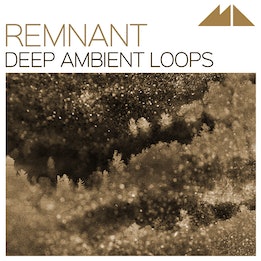 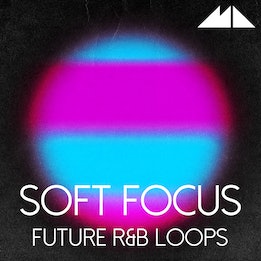 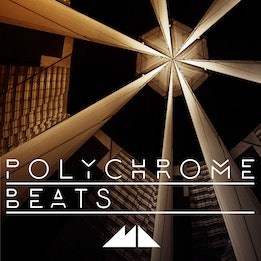