Drones, they can be lovely things can’t they? Full of harmonic richness and spectral depth, they’re one of our very favourite types of sounds both to create, and use in our own music. One thing that they don’t offer your music much in the way of, however, is rhythm.

Are drones and rhythms mutually exclusive, mortal enemies who’ll simply never get along? I for one don’t believe this to be the case, and today I’d like to take the opportunity to show you why!

In my opinion, rhythm is absolutely something which drone-based or otherwise Ambient music can and should readily embrace; of course there’s a place in the pantheon of good music for blurry, rhythm-free workouts, but equally I believe that rhythm is something which Ambient producers ignore just a little too often.

“For why?!” I hear you cry! Well, for one thing, humans are rhythm-addicts; it grabs and focuses our attention like little else. For another, rhythm is one of the fundamental building blocks of organised sound, an aspect of everything from your favourite disco boogie to the dawn chorus of birdsong you woke up to this morning.

So, in short, there’s absolutely no reason why you shouldn’t be incorporating and playing with this foundational musical tool in your hazy soundscape work.

Ok; enough justification, it’s time to move onto the nitty-gritty - here are 5 simple, practical techniques or ideas that you can use in your productions to bring some rhythm to your drones or textures. Let’s get cooking!

First things, of course, first; we need a drone or texture to demonstrate our ideas here. I’ve chosen a rather lovely (if I don’t say so myself), hovering drone called ‘Glimmer_120_AbM7_PianoTexture05’, created from a piano recording and taken from Colour Field - Piano Texture Samples, our very latest sound pack release.

Here’s how it sounds:

Harmonic richness? Check. Soft, hazy, subdued timbral quality? Check. Rhythm? None! Of course there’s a kind of subtle, gradual movement within the sound, it’s not completely static otherwise it’d sound supremely dull, but nothing we could point to a label a proper rhythm.

My first suggestion for adding some rhythm to this sound is easily the most obvious - apply tremolo! 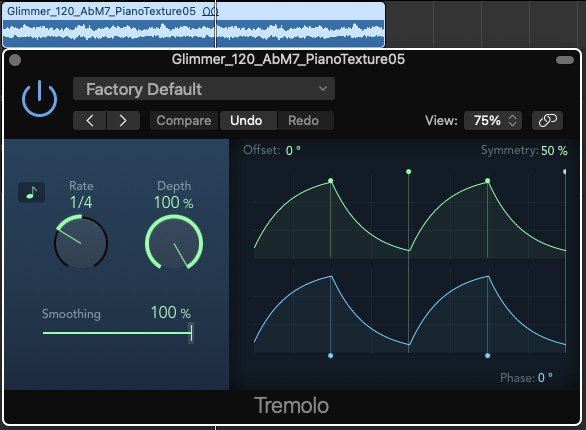 Tremolo will alternately cut the sound off and let it play, either synchronised to a specific tempo or according to a rate set by an LFO. Since I’m using Logic Pro X, I’m going to use its native Tremolo plugin to demonstrate:

The plugin gives us control over the tremolo rate, which here is fixed to quarter or crotchet notes, as well as the shape of the envelope applied to the sound. So, this shape gives us a nice fade in and out rather than a more abrupt squarewave shape.

I’m now going to turn tempo synchronisation off and automate the LFO rate across the 8 bars of the loop:

This gives us a more fluid, expressive effect, bringing a sense of ebbing and flowing to the drone. Of course we could take things further by automating the depth or amount of amplitude reduction that the effect is applying, to make it subtler, but I’ll leave the experimenting to you!

Next up, we have perhaps a less obvious candidate for rhythmic application: chorus. If our goal was to widen the sound, or give it a nostalgic, woozy quality, then chorus would be a natural first choice to get us there, but rhythm doesn’t necessarily spring to mind with this effect.

However, if the chorus in question uses just a single LFO with a fixed rate, then it’s entirely possible to bring some swaying, vibrato-like vibes to your sound. Incidentally, a vibrato plugin could easily achieve a similar result here, though chorus just brings a slightly more interesting, modulating effect into play in my opinion. 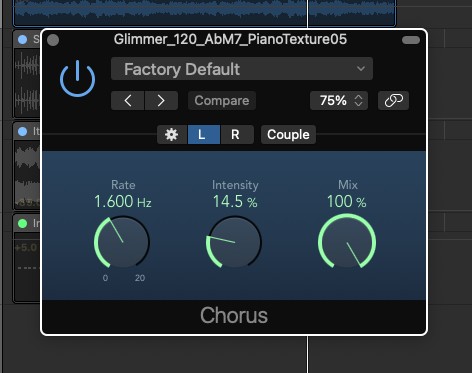 Here’s our drone with some fairly subtle, slow-moving chorus applied:

This instantly gives the sound a decayed, almost LoFi quality, recalling the wow and flutter of vintage tape machines. It also brings a nice, steady pulse to a sound which had nothing of the sort before - mission accomplished!

As with the tremolo above, we can easily imagine automating the LFO rate, effect intensity and so on to give our rhythm and sound more movement and interest.

This next idea is, for my money, one of the best in the list, because it allows us to generate and apply random, morse-like rhythms to literally any sounds we care to throw at it, and it takes virtually no time to setup. What is it? A noise gate of course!

By setting the gate threshold to the median amplitude of the signal being processed i.e. the rough centreline around which its volume will rise above and fall below, we can make the gate snap open and closed in a manner which sounds random, generating novel and continually changing rhythms in the process. 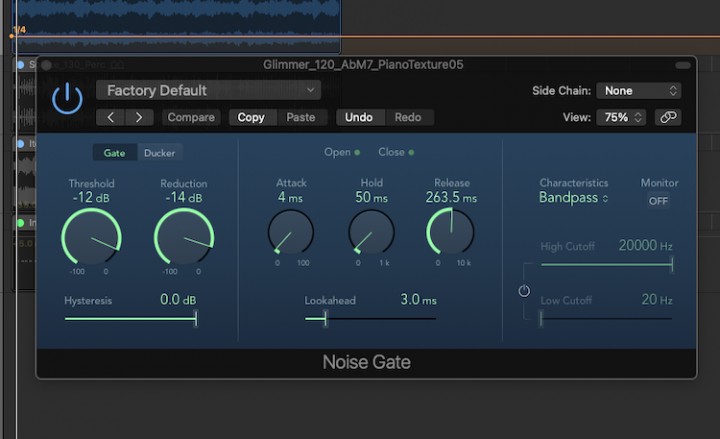 We can then tweak various parameters such as the gate’s ADSR enveloping, how much the signal is reduced, hysteresis (a measure of how the signal’s past volumes inform the effect’s present behaviour) and so on, to give us just the effect we want:

For me, this technique also lends itself particularly well to drones and Ambient music, where steady, constant rhythms can sound out of context or jarring with material which is otherwise organic and fluid in nature.

Moving on, we have a method I explored in a previous magazine piece, Beyond The Beat: Using Rhythmic Drones, though this time I want to apply it to tonal material rather than noisier textures.

The idea is to add a compressor to the track the drone is on, then use the signal from another track and loop as the sidechain input. If we choose sidechain source which is particularly rhythmic, such as a percussion or drum loop, then we can imprint the rhythmic component of this sound onto our drone. 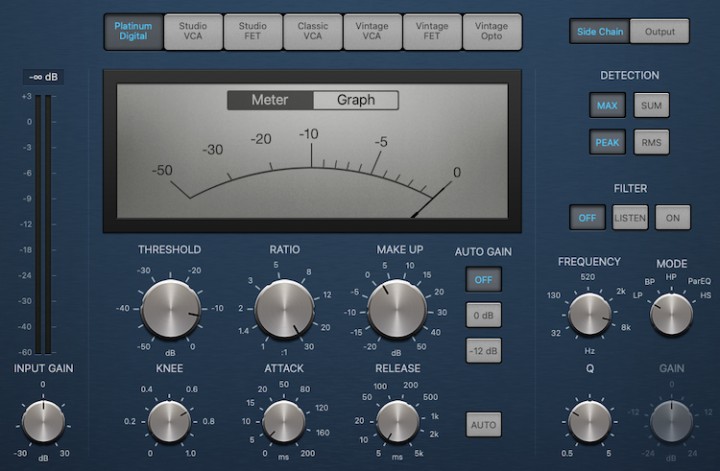 I’ve found a loop from our recent Synthetica - Synthwave Soundtrack Loops pack which I think could work, called ‘Solace_130_Perc’ - here’s how it sounds:

Now, here’s how this sounds when its muted and used only as the input sidechain source for the compressor on our drone track:

Note I’ve set the sidechain detection algorithm to follow the input signal’s peak volume rather than RMS; however, this is still only giving us quite a subtle effect (which of course you might be after!).

To accentuate it, I’ve copied the same compressor a further two times, giving us a chain of 3 identical plugins. Why didn’t I just pull the threshold back of the first compressor? Well, because if I’d done this, I wouldn’t actually have accentuated the ducking effect; rather, I just would have pulled the overall signal of the drone back.

Copying the compressors, each of which is providing around 5dB of gain reduction but still snapping back to 0dB at regular intervals, means we’re affecting the peak volume of our drone less, whilst giving us a very pronounced ducking effect:

This gives us a nice, stuttering quality, not miles away from the tremolo method we used above, albeit with more of an organic, subtly modulating feel.

Last but not least, why not perform the rhythm yourself? As described in another previous article, Turning Drones Into Sampler Instruments, drone samples are ripe for throwing into a sampler, allowing us to perform melodic, rhythm and harmonic patterns with them.

Let’s just focus on rhythm for now and, using Logic Pro X’s Quick Sampler, we can load in our drone and instantly turn the sample into a playable instrument:

You’ll noticed from the screenshot that I set the sample start position to random using the modulation matrix, meaning we’ll trigger a fresh slice of the drone with every new MIDI note, giving us a far less static result than the default. 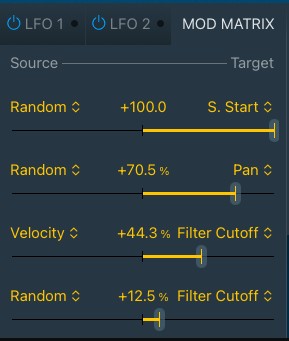 The great thing about this method is it offers us so many tweakable parameters, as well as engaging our performance abilities - here’s the same rhythm and drone but with a few more parameters brought into play in terms of modulation:

Finally, here’s the same sound as above but mixed with our original drone sample, blurring the effect out a bit:

There you go, 5 proven methods for effortlessly adding some rhythm to your drone and texture samples. The methods are all open-ended with many important parameters which can be tweaked for different effects, meaning the scope of each is large.

In other words, experimentation is not only encouraged but crucial - so, I hope some of the ideas presented above will find their way into your workflow soon. Until next time, get creative! 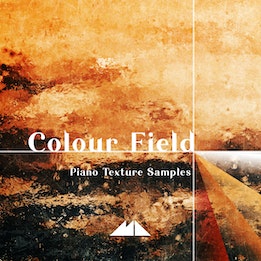 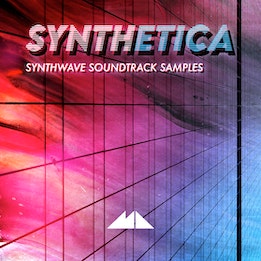 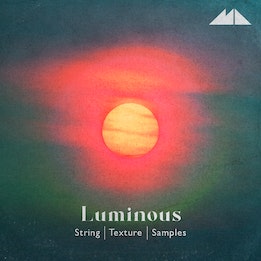