Welcome to the first entry in my brand new series, Masters of Sampling, in which I'll be diving head first into the history and heroes associated with all things sampled, chopped and flipped!

First in the queue is, arguably, the most distinguished and respected Hip Hop producer on the planet: DJ Premier. Before we take a closer look at just what makes his music tick, including a short drum tutorial and chance to download a few free loops, let's take a very brief foray into sampling's humble origins.

Love For The Game

It will come as no surprise that as creators of original loop and sample content, we have a deep love and respect for the pioneers of the technique here at ModeAudio.

Often using little more than some choice wax, a deck and a hardware sampler, sampling itself was born from a sweet and simple mix of love for vinyl recordings and the desire to appropriate and pay homage to the medium in new compositions.

By re-recording snippets of their favourite music and sequencing them into different patterns and combinations, producers at the very heart of the genesis of genres such as Hip Hop, House and Techno revitalised and popularised a tradition created decades earlier in Paris by the founder of Musique Concrète, Pierre Schaeffer.

Whilst Schaffer's story is one for another article, his ideas as embodied in the music of early Hip Hop and House DJs, from simple editing to pitch transposition, reversing audio and more, brought about nothing short of a revolution in sound and today I want to take a good, long look at the work of one such pioneer, DJ Premier.

DJ Premier, or Premo as he's often affectionately known, is a living legend amongst fans of Hip Hop, whose style is as easy to recognise as the angular, reconfigured shapes of any Picasso painting. Arriving on the scene in the mid 80s as part of the peerless group Gang Starr, Premo has gone on to produce beats for pretty much every Hip Hop artist worthy of discussion: Nas, Jay Z, Common, Biggie, Busta Rhymes, Snoog Dogg'the list is endless!

Today, I want to dissect just a little of Premier's famous sound to uncover some of the sampling secrets hidden beneath, taking two of his best loved tracks as examples for exploration.

'Mass Appeal' was my first encounter with the low-slung, jazzy, laid-back sound that I now know to be so unmistakably DJ Premier, featuring as it did on the soundtrack of Tony Hawk's Pro Skater 4.

Deceptively simple in structure, barring the layering of some vocal samples and vinyl scratching the track consists solely of a short sample of jazz guitarist Vic Juris' 'Horizon Drive' and a cut-up drum loop. Add some lyrics over the top from Guru, Gang Starr's MC, and you've got yourself a solid-gold classic - for me, this is the ultimate antidote to the over-complicated, squashed and squeezed sound we hear in some of today's new music!

Let's first take a look at the sample of Juris' 'Horizon Drive' - thanks to the excellent and ever-popular WhoSampled.com, we can pin-point the section Premo sampled down to 3:36 in the original:

Blink and you'll miss it right'! How the young DJ Premier heard that tiny, barely 2 second long section and knew he could flip it into one of the slickest Hip Hop beats ever produced is exactly the reason he's one of the best in the business!

So, how did Premier turn his Vic Juris sample into the main hook of 'Mass Appeal'' The answer is, like the very structure of the track itself, deceptively simple - he just slowed it down!

This deliciously simple process achieved two things - it increased the length of the short sample to fit with the slower, 96 BPM tempo Premier wanted for the track ('Horizon Drive' is played at 118 BPM) and, it pitched the entire sample down 4 semitones, lending it a much lazier, relaxed vibe.

Of course, modern DAWs come pre-packaged with the ability to transpose samples without affecting their tempo and the other way around, tools which Premo simply didn't have at his disposal. This offers modern producers a wealth of options when it comes to treating samples - never the less, would 'Mass Appeal' be the same if the 'Horizon Drive' sample hadn't been pitched down as well as stretched in time' No, absolutely not, it would be all the worse for it!

My point is that even taking all the tools and gadgetry we have had at our fingertips now into consideration, sometimes taking a sample and doing some basic pitching and stretching (or squeezing), without using exclusive time stretching or pitch shifting algorithms, can lead to the most satisfying results.

Moving onto exhibit B, we'll now take a closer look at one of Premo's best loved and most unforgettable beats: 'N.Y. State Of Mind'.

This is the second track to feature on Nas' debut album, 'Illmatic', widely considered one of the very best Hip Hop albums of all time. Premier produced 3 of the record's most celebrated tracks, with 'N.Y. State Of Mind' being, in my humble opinion, the pick of the bunch.

Once again featuring laid-back, heavily swung drums and an expertly selected sample of some jazzy keys, 'N.Y. State Of Mind' might be an even purer example of Premier's style and technique than 'Mass Appeal'. The main hook is a sample of piano and double bass playing in unison, taken from Joe Chambers' 'Mind Rain' - again, WhoSampled.com tells us Premo sampled the track at 1:06:

This time, we can hear that the pitch and time is virtually unchanged - in fact Premo dialled the pitch down by a matter of cents (in other words, even less than a single semitone), slowing the original sample down by about 2 BPM to 84. The lesson here is the simplest yet but powerful all the same - don't fix what ain't broke!

What I really want to focus on in this track however, is the drums. Typically it can be very difficult to pin down exactly where Hip Hop producers have sampled their drums from, as a common technique is to sample individual hits and create new rhythms by played them in using the pads of a sampler such as an MPC (probably no better accomplished than by the late, great, J Dilla).

In 'N.Y. State Of Mind' however, we get a virtually unedited slice of drum magic from one of the most heavily sampled groups in history, the fantastically funky Kool and the Gang, appearing at about 5:29 in their live version of 'N.T.':

A quick comparison between the original and sampled versions tells us that Premier pitched things down to lengthen his snippet of audio. The original groove is played at about 100 BPM, meaning Premo knocked off about 16 BPM from his sample, again also resulting in the sound dropping noticeably in pitch.

This deep, resonant, stretched-out drum sound is a hallmark of golden era Hip Hop, never more perfectly utilised than by the hands of Premo!

So you see how a little bit of pitching, careful editing and obsessive crate digging can yield fantastic results - of course, not all of us have the time, money or lawyers to hand to deal with the unfortunate sample clearance issues this often brings!

Regardless, we can still take Premo's wonderfully simple techniques and apply them to our own sounds - we're pretty confident that there's something for everyone in our own catalogue of royalty-free samples and loops for example, including our brand new set of live Hip Hop drums, Punch, which I'm going to use in a quick demo below.

To quickly demonstrate how you can achieve a lazy, pitched down Hip Hop drum sound approximating golden era production, I've chosen the 'Quest_90_Swing' drum loop from Punch. Throwing both the 'dry' and 'room' versions into Logic Pro X, which have been recorded and produced to go together, I've sent them both to a stereo bus channel to be processed as one.

As the loops included in Punch are Acid WAVs, which all ModeAudio WAV loops are, the first thing to do is deselect the 'Follow Tempo' box in the inspector window - often, we want to take advantage of the awesome, tempo-synching power of Acid WAVs but for our purposes here, we actually want the side-effect of dropping the pitch when we also drop the tempo. 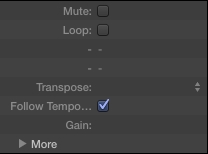 Next, turn on Flex Time and select the 'Speed (FX)' algorithm from the dropdown next to each loop - this ensures Flex Time will act as a simple speed control, so dropping the tempo will also drop the pitch. These loops were recorded at 90 BPM, so to achieve that lazier, heavier feel let's drop Logic's master tempo to 84.

Moving over to my bus channel and adding a little bit of EQ to bring out the resonance in the kick, saturation from both Softube's excellent (and free) Saturation Knob and Logic's own Bitcrusher (which is also used to downgrade the bit depth to 12 bits, the same as those classic early MPCs), I've finished off my chain with a little bit of bus convolution reverb from Space Designer. Here is the result:

Deep, resonant, swung, laid-back. Of course you can take your processing in whatever direction you want from here, whether it's ramping up the saturation, adding heavy compression, boosting the reverb and so on.

I hope I've demonstrated in both the above discussion and brief tutorial that revisiting the music and techniques of the masters of sampling can provide incredibly useful tools and ideas for modern music production. Sometimes, taking things back to basics such as DJ Premier did can provide the perfect answer to all the bells and whistles today's production software throws at us - in any case, it's always a good idea to learn from the best and Premo is most certainly that!

Keep an eye out for the next instalment in my Masters of Sampling series and download the loops and channel strip featured in the above article using the button below - enjoy and get creative! 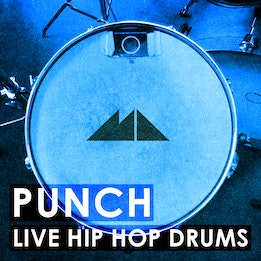 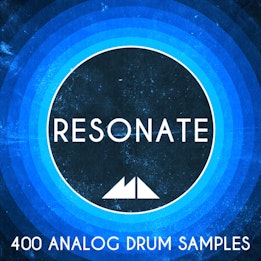 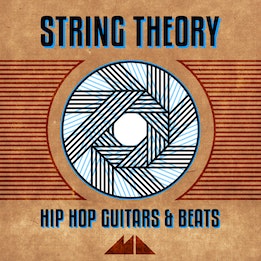