Home Magazine The Power Of The Loop

The Power Of The Loop

At ModeAudio, it’s beyond obvious that we believe in the power of music loops, which is why we take such pride in making the best that we possibly can to inspire your music.

Every so often however, rather than detailing a specific music production technique or idea, I like to use this section of our website to give you an insight into our ethos - the ‘philosophy of ModeAudio’, if you will.

A big part of this philosophy, perhaps even the cornerstone, is this very belief in the power of the loop, and so I’d like to take this opportunity to discuss the subject with you.

Common sense tells us that looping should be boring - imagine trying to read a chapter in a book consisting of a single sentence, repeating over and over from paragraph to paragraph. Pretty unthinkable, right?

Of course, this analogy isn't quite so clean-cut, as a chapter might take you 10 to 20 minutes to read, whereas a Pop song can be over in less than 3.

The point remains however - in other aspects of life, we quickly get bored if we encounter the same stimulus over and over again. So, why then can music loops take such a hold over us?

I'd like to explore this question from 4 different angles, by means of examining a number of carefully selected examples from music’s recent history

My central thesis here is a humble one - find the right loop, and the music writes itself. Don’t believe me? Well, let’s see if I can convince you!

Let’s begin with a genre entirely built around sampling and looping - Hip Hop. The cut I’ve chosen, produced by the legendary Madlib, is from an instrumental collection of beats titled ‘Vol. 1 - 2: Movie Scenes’, and is named after the beat’s main sample taken from James Brown’s The Payback.

Apart from a short intro arrangement and peppering of different vocal and speech samples throughout, the track basically consists of just a 3-bar drum machine loop and 3-chord guitar loop, featuring together for the track's almost 2 minute running time.

The drum rhythm is fairly loose and clearly performed by hand, probably on the pads of an MPC-style groovebox. This gives the pattern an organic, human feel, much more like real drumming than a tight, quantised groove.

This also makes it easier to listen to repeatedly, as it's tricky to guess just exactly where the next kick or snare hit is going to fall.

In other words, the beat is simplicity itself, bumping along as those two central loops weave in and out of their respective cycles.

The resulting groove makes this an utterly irresistible combination and sometimes, when the simple things are done right, you just don’t need anything else!

Here’s another area of contemporary music that simply would not exist without looping - Dance, or its main component genres, House and Techno.

This cut, Stardust’s sole release, is another unequivocal classic from French House’s late 90s heyday and features production from Alan Braxe and Thomas Bangalter, one half of House heroes Daft Punk.

The formula for this track is beyond basic - take a tiny sample from the very beginning of Chaka Khan’s Fate, add a bassline and thumping drum machine groove underneath.

Of course we have Benjamin Diamond’s silky vocals, a couple of bassline changes and some filter sweeps to keep our interest going, but basically we are hearing this short, barely 2-second long sample of keys and guitar stabs from the Chaka Khan tune for well over 6 minutes.

This form of looping falls into a category I like to term 'Hypnotism' - of course, I'm not referring to the sort involving conjurors coercing unsuspecting audience members into taking their clothes off!

Rather, I'm trying to get at that occurrence that cannot be divorced from going to a club and hearing music on a dancefloor, which is the true home of all Dance music.

Feeling your body respond to the huge vibrations beaming out from a club sound-system is pretty powerful, and given the right sort of musical mood and rhythm, can become a transportive, mesmeric experience.

The best Dance music, containing the right sort of loop, evokes even a little of this feeling even when you're at home - this Stardust classic does just that and it’s sheer musical bliss!

Pop music has always been about executing a very simple recipe well, one that is apparent and obvious for even the most inexperienced of listeners to pick up on.

There has to be a sort of ‘instant pull’ factor, something that just grabs you and doesn’t let go till the song is through. Of course, this factor is triggered differently for different people, so it’s very tricky to pick an example that everyone will agree with.

So, I can only go with my own intuition and taste and for me, Amerie’s superlative 1 Thing is a cast-iron example of Pop looping's deep power and allure.

The track features the catchy vocal hooks and satisfying chorus melodies that are common to a great many Pop songs, but it’s the peerless production work by Rich Harrison that sets this track apart.

Sampling an instrument break from The Meter’s Oh Calcutta!, Harrison skilfully rearranges a number of small snippets of the track into one seductively funky loop, one that features, like all the examples in this article, without a break for the track’s entirety.

This track is a solid gold example of the 'ear-worm' - a piece of music that captivates your attention and won't stop spinning in your head for days or even weeks after you've heard it.

The vocal hooks are a big part of this, but it's that uplifting feel and party atmosphere of the beat that really sinks this track under my skin, every time I hear it.

Lastly, I wanted to feature a genre that also puts a great deal of stock in the power of repetition and looping, Ambient music.

If you’re a regular reader or visitor to our catalogue of samples, loops and presets, then you’ll know that Ambient sound is in our DNA and something we at ModeAudio take a special interest in.

You may also already be familiar with my love for the music of UK artist Burial - this track, Dog Shelter, is taken from his debut album and features a sample of Brian Eno’s magisterial An Ending (ascent) as its foundation.

An effortless mix of synth pad chords, haunting, reverb-drenched vocals and signature vinyl static, this track for me, like all great Ambient music, seems to give a voice to pure emotion, painting a complex picture of sorrow, memory and reflection in sound.

Of course, this is an entirely subjective response and one I can’t easily explain, but in fact this is a case in point - the power of the loop, just as with music itself, is not something you can hope to fully describe or define, as it has so much to do with perception and feeling.

Perhaps this is even the basis of its power - that fact we can never quite rationalise how much loops can make us feel keeps the sensation fresh and exciting, whenever we encounter one that just seems to do it for us, no questions asked.

I hope my musical examples above and attempts to pick apart their appeal have helped you to understand my view of the power of the loop in music.

On paper, repetition should be boring and make us want and expect something new, but as we’ve seen above so much of what makes popular music great is rooted in the art and power of the loop.

Whether you’re sampling from records, creating your own cycling patterns or selecting sounds from a professional, royalty-free library, looping is an essential part of the musical landscape and one I wouldn’t dream of doing without. 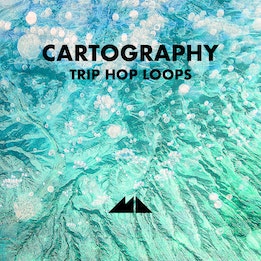 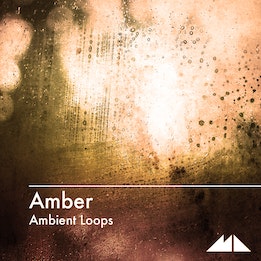 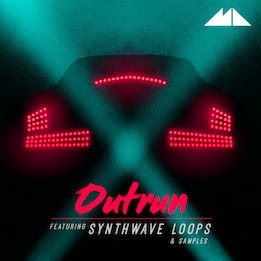