We're absolutely delighted to welcome back to the pages of this magazine, the walking, talking fountain of sound synthesis knowledge known as Martin Russ! Last time, Martin gleefully dove into our Found Percussion Bundle, pulling out samples and applying inspiring, out-of-the-box processing within Ableton Live to embellish and transform the sounds in fresh, exciting ways. We were so exhilarated by Martin's eye and ear-opening music production ideas, as well as his sheer, boundless passion for sound, that we asked him to have an experiment with another library from our collection - he chose our Float - Chillwave Guitars & Loops for his next adventure and we were only too happy to talk to him about what he discovered along the way!

ModeAudio (MA): Welcome back Martin! Once again, you've taken samples from one of our releases and used them in exciting, innovative ways, transforming the sounds far from their original forms. We understand audio example 1 uses nothing but guitar loops - is this the case'

Martin Russ (MR): Yes! When I first listened to all of the samples from Float in detail, one of the quieter bits of the 'AgelessStory_GuitarPick' sample sounded wonderfully atmospheric, so I looped it and just added other processed guitar samples from the same set of sounds. The track then more or less created itself! For me, the mark of a good sound pack is when it inspires me, so this gets a big thumbs-up because it definitely triggered my creativity.

MA: We're absolutely delighted to hear that! So, let's get stuck in - what did you do with the initial loop'

MR: The 'Pick' sound is just a rising note riff playing a looped fragment (in Simpler) from the end of the decay part of the sound, when the high harmonics have faded, with echo and two layers of panning applied. This shuffles the sound across the sound stage and fades it in and out slowly (the decay part of the sample also sounds a bit like the fretboard tapping technique as well).

There are some global effects on the Master channel too - a slowly scanning low pass filter with just a hint of resonance, some multi-band dynamics to emphasise the lows and highs and finally a limiter to prevent clipping in the output. The LFO-driven filter is set for a period of 2 bars, so the change of timbre is synchronised and almost acts as another 'instrument''the 'Pick' loop, plus the global processing on the Master channel, sets the basic sound of audio example 1.

MA: Beautiful! And how about our favourite part of audio example 1: how did you create the percussion'

MR: Rather than just add drums from the loops provided, I used the strummed 'AgelessStory_GuitarChords' loop to provide the main 'low end' percussive track. Again, Simpler is used to play the sample, but transposed an octave down and with an added pitch envelope. Changing the pitch dynamically is a quick and easy way to craft percussion from other sounds. The range is quite extreme: - +36 semitones - and the decay time is quite important too - 50ms means that the pitch decays at the rate of a 20Hz cycle, so it gives a nice low end (blue in the image below) to a sample that didn't start out with much very low bass (orange in the same image)! 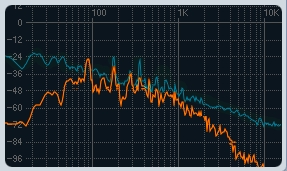 MA: That's simply inspired! What an interesting way to create unique percussion sounds - can you dive further into the technical specifics of this'

MR: Using an envelope to modify pitch has different effects depending on how much harmonic content there is in the sound you are processing, as well as the range and rate of pitch change. In general, if you can hear a pitch, then you will hear the pitch change, but if the sound is noisy, then it will sound more like a low-pass filter being applied to the sound - actually, this is because the sample is inherently bandwidth-limited, and so when you pitch-shift a bandwidth-limited sound, you are just moving the cut-off frequency. Hence, it acts as a filter! So, the filter in Simpler is not the only way to change timbre - there are at least four ways to 'filter' sounds with the device'

Things are slightly different when you have rapid changes of pitch and big ranges, because you start to hear the change as a tone itself, which is why that 50ms decay time gives frequencies down to 20Hz in the output. With samples that have pitch and noise, and rapid, large pitch changes, you generate low frequencies, sweeps and filtered noise all at once - very useful for creating percussion sounds. The example audio file below shows what you can do without using the filter in Simpler, but with and without pitch shift for each sample.

MA: Wow, things got real technical back there! But it's important to understand the science behind the tools, which is clearly at the heart of what allows you to push the samples so far from their original nature.

MR: Indeed, comparing the basic guitar sound with the pitch enveloped version is quite startling - it stops sounding like a guitar, and the strumming artefacts turn into an interesting roughness. As it happens, the pitch envelope technique works very well with this particular sample, so don't assume that you will get good results with all guitar samples - experimentation is key. If you want to experiment further, then you can control the pitch modulation depth over time with a clip envelope. As someone who often adds 'Spread' to samples, this is a good counter-example: adding the smearing effect ruins the percussive effect for me, but for other samples and mixes, you might find it just works nicely.

The drum pattern is very simple: just threee notes spanning three octaves. To finish off the main percussion, I just used Live's 'Drums Room' reverb with 27% wetness to add some synthetic acoustics - it's amazing how that reverb preset can fuse together some clicks and blips into something that creates the impression of an acoustic space!

MA: Reverb will never cease to amaze us either! We detected one other sound in your percussion track: a high frequency, hi hat-like sound. Was this produced using a guitar loop as well'

MR: I could have extracted a hi hat from a loop, but one of the best bits about real-world guitar samples is that they often contain lots of string buzz, pick clicks, little tones from muting strings, and more. So when I audition samples, I look/listen out for stuff like that to add interest to mixes/sounds/songs. In this case, you can probably predict where I found something perfect for filling the hi hat role: the 'AgelessStory_GuitarLead' loop. There's a short bit of finger scraping at the end of some notes as the guitarist's hand moves on the fretboard, and so I looped one of them in Simpler, transposed it up two octaves, and applied 'Spread' liberally.

After doing this, it sounded a bit like a typewriter, but I then shifted the frequency down by 3.76 kHz, added some echo, chorus and finished with a slow auto-pan so that the resulting 'hi-hat'-esque sound moves around and sounds busy. Changing the sample, transposition and frequency shift can vary the sound a lot, so explore as much as you can when trying this out. There's a single note playing busy 64th paradiddles to drive Simpler, and that completes the 'slap' and 'tizz' percussion section.

MA: Aha! So we have three tracks in total making up audio example 1, is that correct'

MR: Not quite - the looped guitar, plus the two percussion tracks, are the core of the example. Then, there are two other elements: a simple drone built from a loop of a hammer-on from the very end of the 'AgelessStory_GuitarRiff' loop, with a resonant low-pass filter to remove most of the tell-tale 'guitariness'; and a 4-bar glassy sound that does a rising sequence of single bar notes, using one of Float's 'Tail' samples looped, more LFO-driven resonant low-pass filtering, the 'Long Ambience' reverb preset, phaser, echo, and a slow Auto-Pan to make it move around. The extras make it sound like there's lots more happening in the example, so your ear interprets it as part of something longer and more complex!

MA: Well, it seems like there really is a lot going on to us! But we agree, it sounds like even more is happening due to your clever use of effects, envelopes and LFOs. Ok, so have we covered everything from your initial audio example'

MR: Yep! In summary, that's five tracks, each using a different guitar loop from the 'Ageless Story' set - each for a completely different purpose. And the result has bits that sound acoustic, electric and processed, all blended together. It is also educational to compare it to the 'Ageless Story' part of Float's demo track'

We'd like to thank Martin once again for sharing his awesome, inspiring sound synthesis expertise with us. And, that's only one small part of the complete selection of sounds available in Float explored! Look out for part 2, where Martin will look at what can be done with some of the pack's other elements. We can't wait! 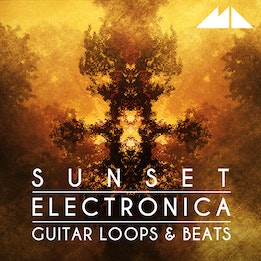 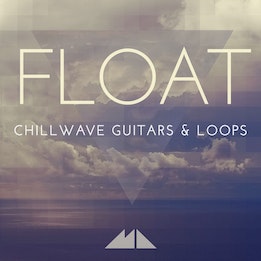