The sheer punch that modern processing tools offer your drum sound is undoubtedly a valuable asset in the studio, however sometimes making things sound just a little bit more worn is the true path to sonic satisfaction. In this tutorial, I'd like to introduce you to a plugin chain that you can apply to pour more than a sprinkling of dust over those bright, brisk drums, creating an effect that's warm, worn and direct in the process!

I'm going to be using Ableton Live, some free plugins and two drum loops from our brand new Glide release to demonstrate the process below but you can of course substitute in your own sounds and DAW, alongside its native plugins bundle to achieve a similar sound. Let's dig in!

Here's the drum pattern I'll be working with, loops from our Glide pack stemmed into 'Mercury_124_MainDrums01' and 'Mercury_124_Hats01' respectively and sent to a single stereo return track in Live, pre-effects: 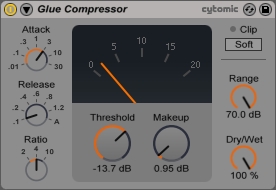 We're aiming for a sound that's flatter and darker, as well as more direct and driven. So firstly, let's flatten out the dynamic range of our drum loop using Live's Glue compressor plugin, setting the threshold to around -13dB to remove up to 4dB of gain. We lose some of the sharpness in the original loop but we gain a bit of body - here's how it sounds:

Because we're dynamically flattening the loop quite a bit, I've added almost a dB of makeup gain just to push the overall loudness up again a little.

Next, I've called up Live's trusty EQ Eight to begin working on the spectrum of our drum sound. The original loop contains lots of very low and very high frequencies because it has been nicely mixed and processed with modern equipment (if we do say so ourselves ;) - however, we want something a little muddier but also thicker and fuller, so I've added in about 3dB of gain with centre frequency of 402Hz.

This enhances the low mids of the sound, which is central to the perception of the much-coveted warmth in audio. This sort of brash, general boosting of a large frequency region is the sort of thing we'd normally be advising against but it's just the ticket for our purposes here!

Going even further, I've dialled up Live's Auto Filter and applied a fairly subtle low pass filter at 11.8kHz with 24% resonance. This reduces the brightness in the original drum loops, shifting attention down the spectrum further. Here's how this all sounds so far:

We've succeeded in creating a thicker sound so now it's time to add some dirt!

There are of course a whole host of plugins you could use for the purposes of applying dirt, grit and distortion to a sound but I'm going to use Live's Dynamic Tube here. This is because I can make the effect produced fairly subtle, plus it uses models of vintage tube amplifiers in its processing algorithm, which is ideal for what I want to achieve. 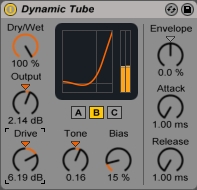 Dialling in 6dB of drive with just a little bias at 15% and using the B tube modelling gives us this sound:

It's really quite subtle but brings just a little roughness and yet more body to our drum sound. To push things even further in this direction, I'm going to use a free plugin from Melda Production, MWaveShaper, which is a form of algorithmic distortion that can be manipulated to produce a subtler effect than all-out distortion or overdrive: 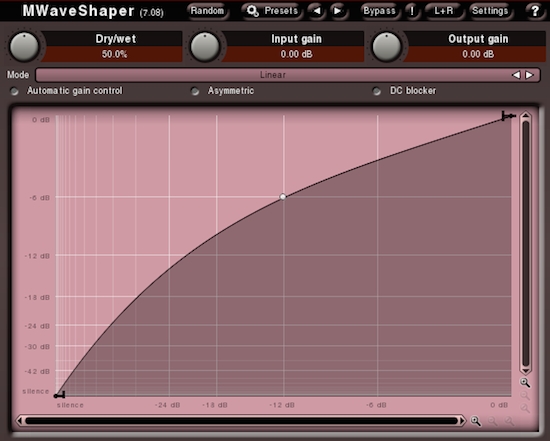 The drum loop sounds a lot 'hotter' and driven now, which we can finish off with a little sprinkle of crackle from a much-loved plugin - iZotope's free Vinyl!

If you're not already aware of this excellent little unit, it basically mimics the effects of cutting your sound to vinyl and playing it back using a turntable. Hence, we have controls like 'Dust', 'Scratch' and 'Wear' - however, I only want to use the plugin for its retro sound processing, rather than the vinyl effect, so adding just a touch of Wear at 10% and -3dB of Mechanical Noise for good measure sounds like this: 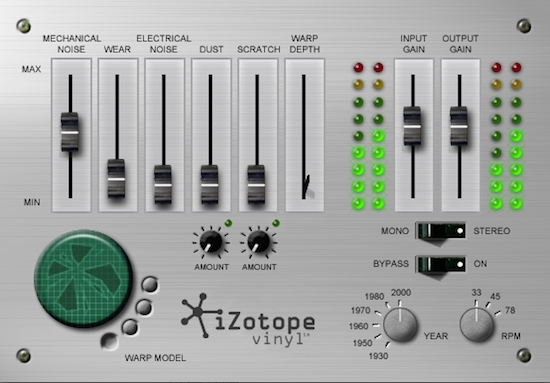 For my final trick, I've added in Live's humble Utility plugin at the end of the chain to reduce the overall width of the loop, as retro productions tended to have a lot less stereo spread than we're used to now. Setting the width to 45% gives us our final sound - I've included the loop both before and after processing so you can hear the full effect:

So there you have it, how to create a warm, worn and driven drum sound in a nutshell! Download MeldaProduction's free bundle and iZotope's Vinyl using the embedded links, as well as the loops and Audio Effect Rack used in my discussion below to get your own experiments started. Until next time, get creative!

Download the loops & effect rack used in the tutorial! 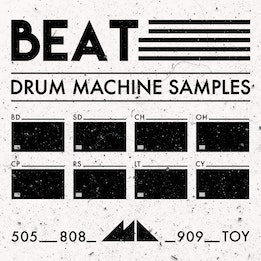 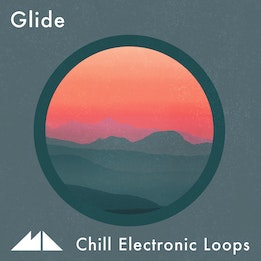 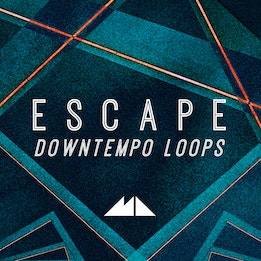